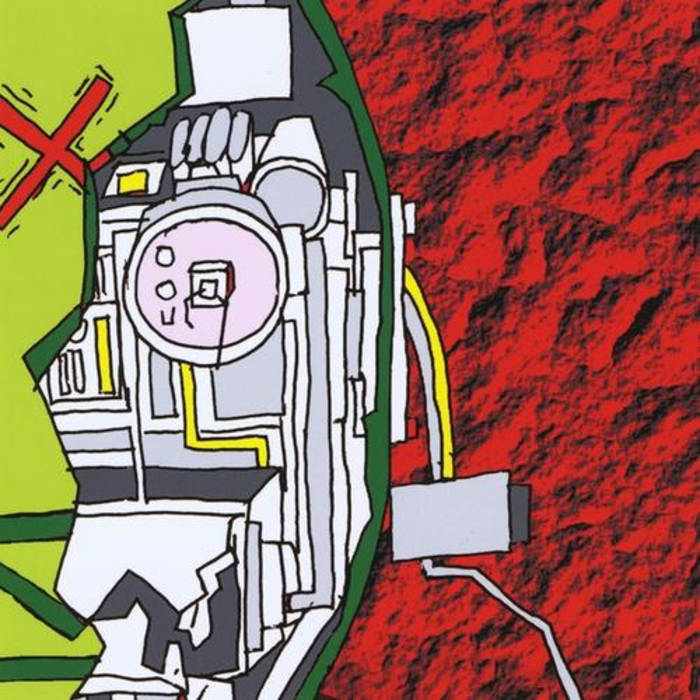 So imagine the Fripp / Bruford / Wetton lineup of King Crimson getting getting into a big argument, getting really drunk (I know – it never would have happened, but imagine it) and cranking their amps up loud and channeling the Vroom lineup of Kind Crimson for an hour while the tape is rolling. That’ll give you a decent idea what to expect here – a loud, aggressive trio playing relentless, complicated arrangements, but with more enthusiasm and less precision than you might expect from Fripp & Co. I can’t explain why they would cover Magma’s “De Futura,” but work with me. OK, I can explain why they’d cover Magma. It’s because this isn’t really King Crimson, and there are two bass players. Alex Perkolup is credited with “earth bass” (which I would assume means the low-end parts), and Jonathan Hischke is on “air bass” (which I assume means the higher parts, not that he’s miming his playing). The drummer (and “etc.” which I think includes guitar) is Weasel Walter, the only founding member of the band to survive the constant personnel changes to this, their tenth album. For this frenetic outing, the trio applies roughly equal parts of arrangement and freedom to the pieces. There are plenty of turn-on-a-dime changes, played not with clinical care, but blasted through with wicked energy, more like Už Jsme Doma than Planet X. Both bassists use fuzzy tones almost constantly, making for a veritable orgy of heavy bass work.