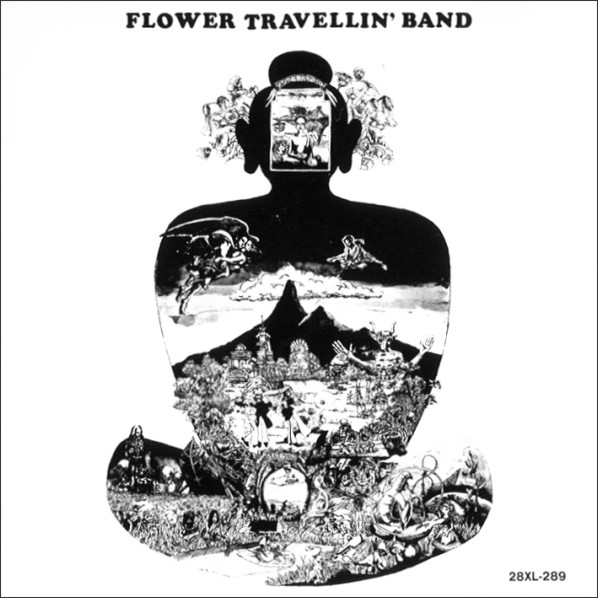 Psychedelic bands in Europe and North America often incorporated aspects of Middle-Eastern or Indian music into their own styles. So what happens when a band from Japan does the same thing? On the one hand, just from listening, you probably wouldn’t guess the band was Japanese. After all, Eastern-inflected heavy guitar riffs are hardly unusual, and they’re not singing in Japanese. If you think of early Black Sabbath (while there was still a bit of psychedelic in their sound) going off on a long Moroccan tangent, you’ll be in the right place. There’s also a bit of American blues to their style, with the appearance of harmonica. The guitar is almost always doubled up in octaves for the riffs, for a great combination of heavy and bright. In typical Japanese fashion, vocals are given short shrift, more an expression of apparent drug-induced enthusiasm than technical prowess, sometimes little more than demented wailing. But Satori is not about singing, it’s about riffs, and there are some killers here. Hawkwind comes to mind as a comparison, the way they take a mid-tempo motif and carry on at length. Come to think of it, Hawkwind was never really about singing either. I think the lyrics are in English, though they are basically unintelligible. The guitars and vocals are backed by bass and drums, and there actually are arrangements, not just endless repetition, with some nicely contrasting sections. Fans of the German post-psychedelic bands (Ashra, Missus Beastly, etc.) will probably find lots to enjoy here.