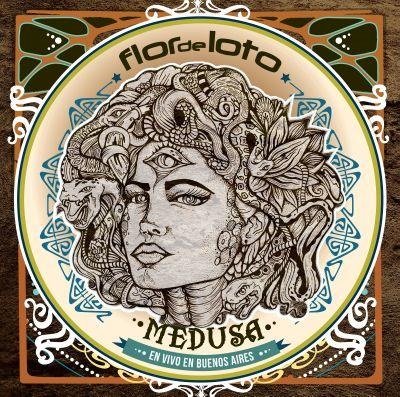 Recorded live at Sala Alcatraz in Buenos Aires in November 2014, this documents the Peruvian septet's live show, drawing material from their second album Madre Tierra going forward to the most recent Nuevo Mesias from 2014. This is a CD and DVD set, the latter with a couple videos and several extra live clips from other recent shows. Their stock in trade (at least from the standpoint of this live show) is progressive hard rock, occasionally veering toward prog-metal, only kept in check by some of the extra features of their sound like flute and a female backing vocalist Agustina Gonzalez, although she is woefully low in the mix and only gets a leading role on one track “Desapareciendo.” Guitarist and singer Alonso Herrera is a powerful vocalist and a master at his instrument, although on the DVD the front-row posing with bassist Alejandro Jarrin and second guitarist Ignacio Flores tends to get a little tiresome. That said, the band is extremely tight and drummer Alvaro Escobar holds it all together well, shifting gears at will and, together with Jarrin supporting the band in every facet of their sound. Keyboardist Daid Lopez Gutierrez seems a bit underutilized and seemingly overrun by all the guitars, but he does get a few cool solos in here and there. The real star of this band, and what makes them completely unique is Junior Pacora, who plays flute, quena (a traditional Andean wooden flute, played similar to a recorder), pan pipes, charango (a traditional ten-stringed instrument about the size of a tenor ukulele) and also does backing vocals as well, along with Gonzalez. The sound quality is excellent, but still a little shy of the band’s studio releases. If you’ve never heard Flor De Loto before, this may well be a good place to start as this live set culls some of their best material across four previous albums.