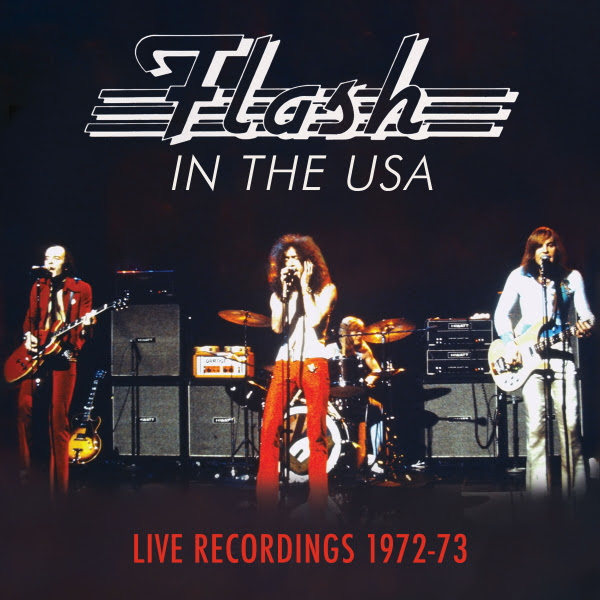 Formed in the shadow of Peter Banks leaving Yes, Flash was a band that (for the most part) never got their due. Their music only loosely resembled Yes, with the distinctive guitar playing of Banks being the main connection. Bassist Ray Bennett did favor an aggressive tone that had a bit in common with Chris Squire, but their playing was otherwise quite different. Mike Hough’s drumming had little connection with Bill Bruford’s precision, being more muscular and rock-oriented. And Colin Carter’s singing may have favored a high range, but he doesn’t sound like Jon Anderson. In any case, Flash had an original sound that was full of both energy and intelligence. Critics and crowds in their native England never seemed to have much interest in their albums or concerts, but Americans of the early 70s seemed to really enjoy what Flash had to offer. For a band that could hardly get the time of day in the UK, they managed to tour the US three times in 1972 and 1973, hitting most of the major cities and quite a few smaller places as well, though they only played a handful of dates in California and none in other West Coast states. The lavishly packaged set at hand contains three CDs of performances drawn from a variety of sources at a variety of locations. The majority of the tracks come from audience bootlegs, many of which have circulated in the gray market for years. They’ve been cleaned up a bit, but their origins are immediately obvious — you’ll find no high-quality gems, no punchy low end, no clear separation of instruments. Listeners who are familiar with the old-time bootleg market will be familiar, and possibly even tolerant, of the audio shortcomings, but other listeners will be reaching for the stop button right away. If it weren’t for the rarity of any live Flash recordings, there would be no purpose for In the USA, but as it is, there’s a value in showing what a strong band Flash was in its day. The performances are on fire, and all the musicians shine. Their version of rock music has all sorts of unexpected twists, and they’re presented as if all music should sound this way. The booklet features documentation about the performances and their sources, as well as commentary by all the band members (mostly gleaned from archival sources). There are some tour anecdotes as well as some discussion of why the band broke up. There are a few tracks sourced from radio broadcasts (recorded off the air, not taken from station tapes), and these are of notably better quality. The value of this release will lie mostly with die-hard collectors, as casual fans of the band and newbies will find little use in such low-resolution recordings.