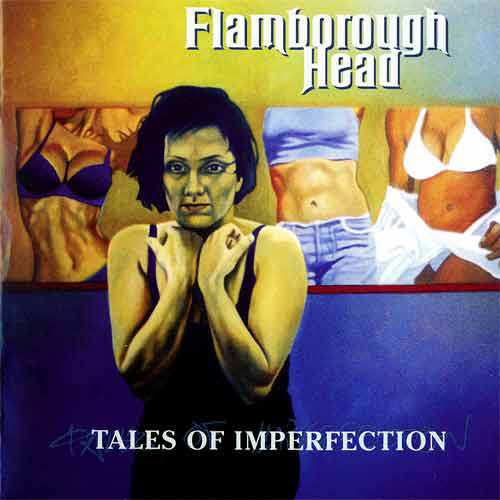 Flamborough Head’s latest offering is about one woman’s physical imperfection, and the loneliness and isolation she experiences as a result of it. Lyrically it’s direct and to the point, and can be rather depressing. My first few listens found me ignoring the story as a somewhat unappealing distraction, but it isn’t hard to empathize with “Maureen” as her plight is sadly common. Early on we see she realizes that others may not be reacting to their looks as she does, which begs the question “why?” Can considered attention and guidance from perceptive parents mitigate similar psychological torment in the future? Pointed lyrics along with parenting a young girl helped bring the story home, begging me to ask questions and find solutions in the event that she finds herself in similar circumstance. What saves this from being a one-dimensional fest of self-pity is the fact that the story is told in the first, second, and third persons, and also the music itself: it’s melodically fulfilling and surprisingly varied emotionally, even uplifting at brief times. Eddie Mulder’s musical guitar leads are simple and well suited to lend sympathy to the event, particularly when tastefully supported by Edo Spanninga’s Mellotron. Three instrumentals are included effectively as lengthy intros and segues, featuring the full yet relatively soft sound palette of guitar/keys/bass/drums, along with vocalist Margriet Boomsma’s flute and recorder. Musically it’s a likely no-brainer for neo fans. It also succeeds conceptually, since it turned my initial lack of interest into concerned thoughts and questions.