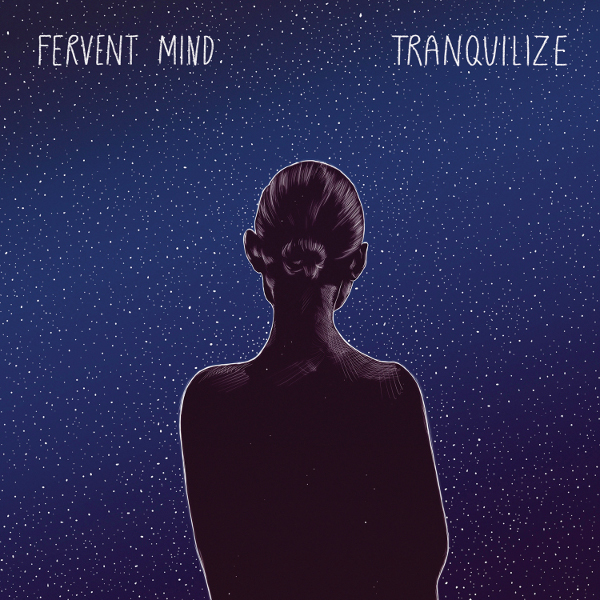 The Norwegian band Fervent Mind occupies a very interesting stylistic space, bringing together elements of post-rock, modern progressive rock, and dreamy pop music with great compositions to form a unique sound. Lead singer Live Sollid is the driving force and composer here, and her voice is one of the things that keeps Tranquilize from sounding like a compilation of different bands. She ranges easily from delicate, breathy passages to more powerful sections and her melodies are sometimes simple and straightforward, but at other times venture to unexpected notes. Her band consists of Simen Skrebergene (guitar), Martin Sandvik Gjerde (keyboards), Martin Skrebergene (bass), and Henrik Håland (drums) — a supremely capable crew who impart both finesse and drama to the proceedings. The album starts quietly with distant echoes of Sollid’s voice tumbling over itself like distant sirens across a bleak landscape. This builds into “Torrid,” a moody rock song with staccato bass and ominous noises from guitar backing a melancholy vocal line. By the last two minutes of this six-minute song, the music has built to an incredible climax, with throbbing drums and bass, massive guitar chords, and a wall of keyboards, topped by Sollid’s wailing voice. It’s quite a journey. The next track is “Fervent,” which ventures into heavy Porcupine Tree territory and features a tortured guitar solo in its midsection. Another highlight is the blazing organ solo on “Runaway Bride.” Other great moments are too numerous to mention, with every track contributing to the high quality of the album, and I’d like to point out that the two-part “Disappearing into the Masses,” which is present only on the CD and download versions, is an incredible track. Fervent Mind plays music that may not be precisely what a lot of people would call progressive rock, though there are many progressive elements found, and judging music by its adherence to arbitrary genre rules is a pointless game. This is great music that should appeal to a wide range of music fans.