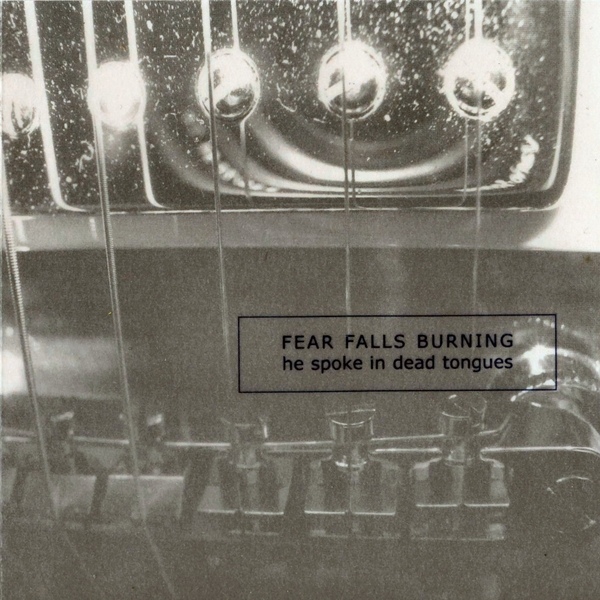 Fear Falls Burning is a new project from the versatile Belgian composer Vidna Obmana (Dirk Serries). For this album he doesn’t touch his synths, instead he plugs his guitar and processes the sound through a series of effect boxes. The first four tracks of guitar patterns not unlike Richard Pinhas are just the herald for what will follow. Track five, which passes the half hour limit, is a slowly hypnotic, emanating force of abyssal inert revolving guitar processions. The atmosphere recalls cosmic extravaganzas such as Irrlicht (Klaus Schulze) and Zeit (Tangerine Dream). This mood continues on the second disc. The processions slowly, layer after layer, elevate a wall of reverberating and undulating distorted strings of sounds. The last track of disc two demonstrates best the inventiveness and force of these ersatz Frippertronics; what an intensity on this heavy piece of krautrock! Experimental sound explorers will find enough apexes on this raw excursion.