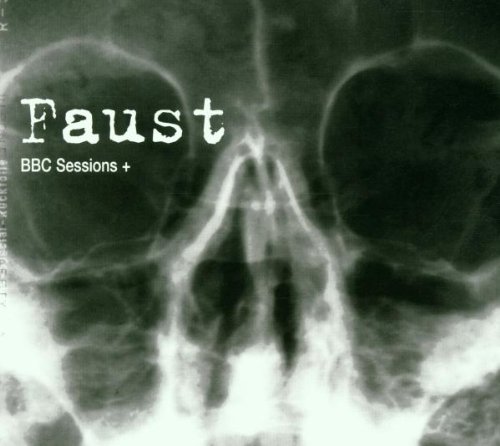 The “BBC” part of Sessions + is a twenty minute piece named simply for its date of broadcast: “BBC 1.3.73.” The first section of this track (“The Lurcher”) is a bass and drum groove with a highly effected sax solo. Next comes almost twelve minutes of droning guitars and spacey effects over an insistent beat. This section is dubbed “Kraut Rock”; it waxes and wanes in intensity over its course, though it doesn’t really feature any sort of a melody or even improvised solo. The BBC session finishes off with a ditty called “Do So,” with silly Faustian singing (“I see you are the one to be me”) over sparse accompaniment. It’s a little like one of those psychedelic Soft Machine songs off the first album. The “Plus” part of Sessions + consists of five previously unreleased recordings (dates and sources uncredited) and a pair of previously released tracks. Their inventive spirit and sense of adventure sometimes leads them off into questionable territory, but chances are there’s a jump cut to something different coming up if things get out of hand. If you’ve heard any other Faust from this time period, you know what to expect: jamming, effects, tape manipulation, goofy humor. If you’re not familiar with them, think of Ummagumma with more studio tricks and you won’t be far off. I’m not sure I’d recommend this CD to Faust newbies, but for fans, this should prove a welcome addition to the canon.