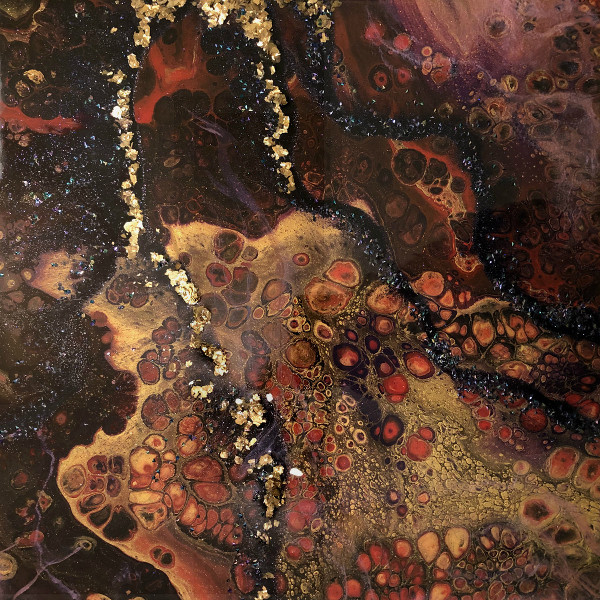 This Northern California band has been honing their craft in relative obscurity for several years now, and their dedication is apparent on Fertile Ground, which is their third full-length release. They’re based in Arcata, a seaside town that is closer to the Oregon border than it is to San Francisco — in other words, a long distance from anything that’s known as a center of musical activity — which probably limits their opportunities to play live severely but seems to work as an incubator for engaging and complex music. Stylistically, their music includes similarities to some 70s bands (Trespass-era Genesis comes to mind), some Canterbury touches (the overall light touch, the wandering arrangements), a hint of psychedelia (especially newer proponents like Syd Arthur), and a touch of King Crimson’s gentler side. Farmhouse Odyssey is a five piece consisting of Alex Espe (vocals, keyboards), Thatcher Holvick-Norton (drums), Aaron Laughlin (guitar, vocals), Alex Pepe (guitar), and Ian Taylor (bass). Espe handles the majority of the lead vocals, trading off with Laughlin, and both are good singers, both individually and in harmonies. All of the musicians are quite solid on their instruments, though their music favors intricate arrangement over flashy soloing. Variety is one of their strong suits, with the music constantly changing, sometimes with piano providing the base, sometimes nicely arranged interlocking electric or acoustic guitar parts, sometimes beautifully arranged ensemble work. The compositions are sophisticated rhythmically and harmonically, so you won’t hear much I-IV-V in 4/4, but they don’t seem to fetishize the odd meters. I would encourage all fans of creative music, especially progressive rock, to check out Fertile Ground. Their previous releases are excellent as well, but with this one they really bring it all together.