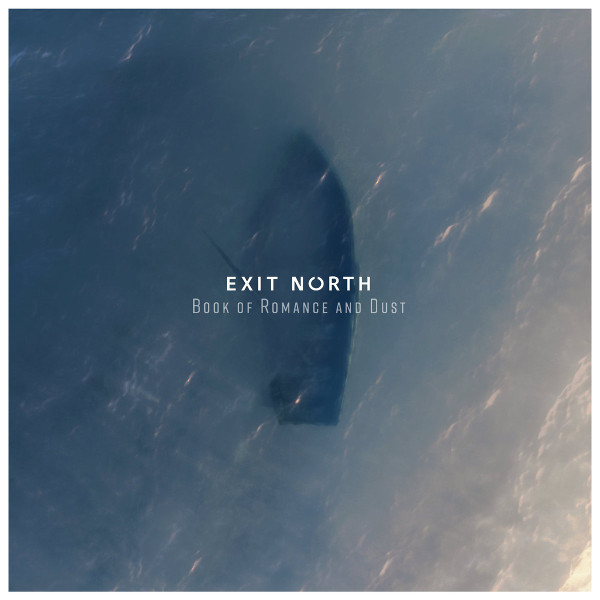 When you listen to Exit North’s debut album, the first thing that will really stand out is the voice of Thomas Feiner, which resembles Scott Walker as much as anyone. He has a tone that is both breathy and full, dramatic and intimate, and is so closely recorded that every breath is starkly present. He is backed by atmospheric music that makes the average David Sylvian solo album seem like a disco hits compilation. The arrangements feature minimalistic piano backing and spacious keyboards to provide a gauzy, melancholy mood, with the sounds of violins and cellos occasionally filling in. Steve Jansen’s percussion is mostly subtle and understated, often not even involving a full drum kit. Feiner contributes trumpet from time to time, recalling Kenny Wheeler’s playing on early Sylvian albums. The esthetic is similar to the simple piano works of Erik Satie, with a kind of meditative calmness infused through the sound. “Lessons in Doubt” bumps up the energy level slightly, with sections sounding like a slowed-down French cabaret tune. “Losing” is a moody three and a half minute song stretched to over nine minutes by a fade-out so gradual you’ll suspect your player is malfunctioning. And then there’s “Passenger’s Wake,” which begins like the other songs, but crashes into a chorus with a heavy treated bass, pounding drums, and layers of active keyboards, then it’s back to the floating mood for a half minute or so, followed by a reprise of the heavy section. It is the only track on the whole album that rises above pianissimo, and while it’s actually quite good on its own, seems so out of place in this context that it’s quite jarring. In the growing field of atmospheric songcraft, Book of Romance and Dust is a beautiful entry, moody and expansive if a little frustrating in its stark intimacy — with that one exception.

Joie Tet - All Structures Unstable – It starts with an aggressive riff on the bari sax run doubled an octave lower with a harmonizer; a bit later you get a distorted melody played on an instrument you can't quite identify from the...  (2010) » Read more