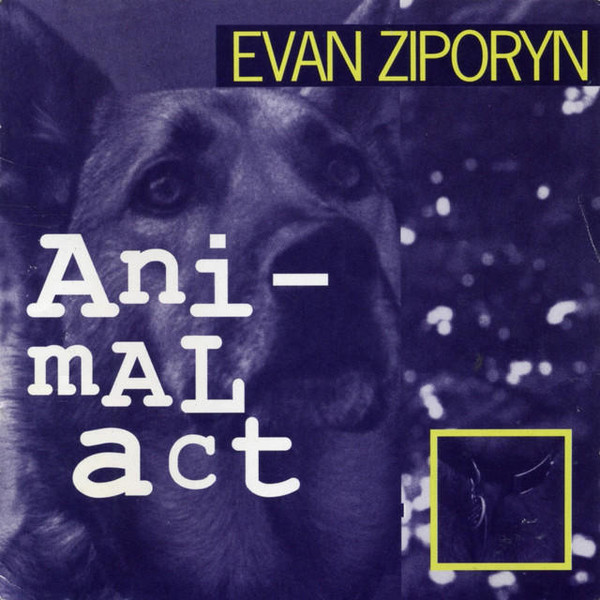 Not exactly a household name, this young American composer’s name was previously only known to me as a member of the San Francisco area’s “famous” — relatively speaking — Sekar Jaya, the premier Balinese gamelan unit outside of Bali (and better than quite a few native groups as well). Evan is a clarinetist / composer who has the command of rhythm in his back pocket; not as some kind of experimental tool or gimmick, but a true fluency and deep cognizance of the beauty of rhythm’s (deserved) place in music. The four compositions here explore some of the discrepancies among the varied and contrasting genres available to the modern musician — from gamelan to rock — turning what would be hazards in the hand of an amateur into challenges that he has more than appropriate skill to meet. Animal Act is, I believe, his first recorded effort. On “Walk the Dog,” his clarinet plays hide-and-seek with a simulated orchestra. “Waiting by the Phone” is a solo clarinet piece in which sudden leaps in register trick you into hearing two performers. Honestly the CD’s brilliantly written liner notes render any ideas I could muster up so superfluous that it’s embarrassing to comment. What caught my fancy most anyway, was “What She Saw There,” a trio for clarinet and marimbas in which polyrhythmic figures stack up into one huge guffaw in a foreign tongue. And masterfully executed by Ziporyn and two marimbists, making Glass and Reich’s rudimentary exercises sound sterile and rigid by comparison. The difference with the modern “masters” is that Ziporyn’s creations do not merely experiment for the sake of scientific discovery, a la Boulez or Berio. Rather they exude a visceral, muscular vibrancy that comes from familiarity with rock music, rounded out by obvious abilities in improvisation, as well as notated music. Themes and motifs in his music recur enough to cement themselves into the listener’s mind, without endless repetition. Thus we have something that could appeal to a fan of, say, Art Zoyd, who wants to branch away from rock. It’s nice to hear serious music that recognizes there is someone on the listening end.