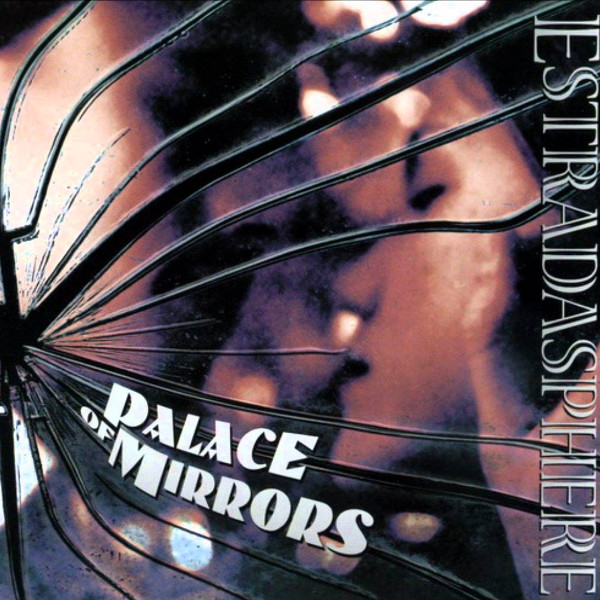 Palace of Mirrors is Estradasphere’s fourth full-length release and first to feature the new lineup with Lee Smith on drums, Kevin Kmetz on shamisen/guitar, and Adam Stacey on keyboards, joining original members Tim Smolens on bass, Jason Schimmel on guitar, and Timb Harris on violin / trumpet. Not surprisingly, the band sounds different with the addition of the new players and the absence of saxophonist/vocalist John Wooley and drummer Dave Murray. One of the most obvious changes is that the new album is completely instrumental with the exception of a few male choir lyric-less backing vocal parts. Another noticeable change is that Palace of Mirrors is much more orchestral sounding than any previous effort, with several tunes featuring string quartet and brass sections. Many recognizable elements of the classic Estradasphere sound remain though. The band still employs lots of Eastern European based odd time signatures and melodies, and spans opposite musical extremes playing gypsy death metal parts one moment and 60s surf film soundtrack music the next. “Corporate Merger” and “The Return” feature the classic Estradasphere combination of heavy crunch guitars, gypsy violin melodies, and fast double bass drum rhythms. Other tracks like “Colossal Risk” are much more surf music influenced. “Those Who Know…” showcases the shamisen. Warbley synth sounds feature prominently in “Flower Garden of an Evil Man” and seasick keyboards regurgitate during the last half of “Palace of Mirrors Reprise.” Diverse compositions and well-executed playing combine to make Palace of Mirrors an enjoyable musical outing.