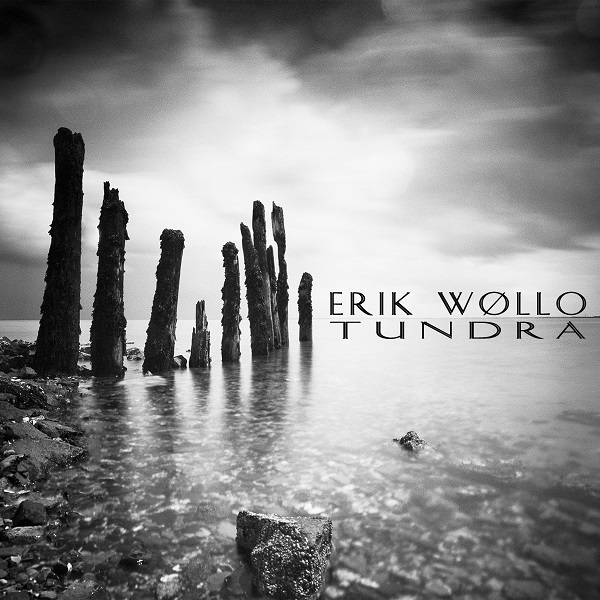 Erik Wøllo is no stranger to those familiar with electronic music. He has been composing and performing music for films, theater, ballets, and exhibitions since the late 90s. This past July he released an EP, Tundra, of five compositions in the six to seven minute range. Each one is different, but as a whole, they take you on a musical journey through the frozen northern lands where tree growth is hindered by low temperatures and short growing seasons. The title track opens the disc with harmonic chanting that is later joined by rhythmic sequencers and cold electronics. The music slowly builds momentum through the addition of electronic drums. The second track, “Perma,” is more cinematic in nature and you can easily visualize flying over the tundra on a sunny day during the brief summer. “Taiga” is a percussive journey through the boreal forests with its sequencers, synth strings, and crystalline sounds. Erik constructed the fourth track, “The Native Chant,” around a loop of reverbed chanting voices. Sometimes you hear a single voice, other times a harmonic chorus. This track has a tribal/shamanistic vibe that could have easily been overdone and ultimately boring. But Erik is able to successfully pull it off and it is just the perfect length for this type of composition. The closing track is “Swirling Lights.” This track is the most ambient of all the music on the disc. The electronics are cold, sterile, and amorphous, much of what you would expect when viewing the aurora borealis on a crisp clear night. The heavenly lights twist and swirl, and the track closes as weather starts to approach with a slight dusting of snow.

For electronic musicians, mixing indigenous and folk sources into their work is nothing new. At its worst it can act as a crutch to prop up or cover over uninspired compositions. That’s not the case here. Norwegian musician Erik Wøllo has been incorporating global sounds into his recordings for decades, though it makes sense that he often turns his gaze northward, toward the Arctic region inhabited by the Inuit. On tracks like “Tundra” and “The Native Chant” he strikes just the right balance between the modern and the primitive, and his incorporation of folk elements – primarily throat singing samples – nicely complements his own work on synths, guitar, and programmed percussion. Much like Steve Roach’s fusions of electronic and Native American sounds, Wøllo effectively juxtaposes the ancient with the modern, so that one never upstages the other. This five-song EP (originally offered as a limited edition CD, now as a digital download only) is also a showcase for Wøllo’s burgeoning talent at conjuring up silky grooves that cycle over programmed downtempo beats and a flair for sequencer lines that could easily find their way into the most chic urban night spots. With its probing beats and crystalline synth melodies, tracks like “Taiga” range far from the bleak, dramatic soundscapes Wøllo is often associated with, displaying the sort of modern sensibilities and production values associated with musicians like Robert Schroeder or even Daft Punk. Tundra further expands Erik Wøllo’s seemingly limitless creative scope and will certainly please fans, both old and new.