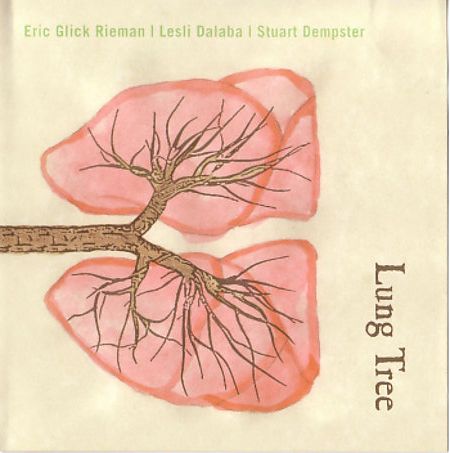 Although its presence on Recommended tells you something, all three of these musicians are likely little-known outside improvising circles. Rieman is the main force behind Lung Tree, as performer, mixer, and producer. Dalaba has recorded with a who’s who in the avant world and has a release on Tzadik. Dempster has recorded for New Albion. Lung Tree is a series of improvisations with Dalaba on trumpet and Dempster mainly on trombone (also didgeridoo and other neat stuff). Rieman, a keyboardist, plays mostly on “prepared Rhodes,” a Fender Rhodes that has been cut apart and reassembled in some sort of Frankenstein-ian way. The pieces are soft and slow-moving, languid, with atmospheres created by the modified Rhodes mixing with the plaintive cries of the horns. The pieces with piano sound a bit more like avant-garde jazz, although this is really because of timbres and Rieman’s previous experience performing Cecil Taylor and others. The Rhodes/horn trios are more alien and unique. I can’t even begin to compare this to anything, but those who enjoy improv and don’t need it too aggressive and noisy will find Lung Tree quite enjoyable.