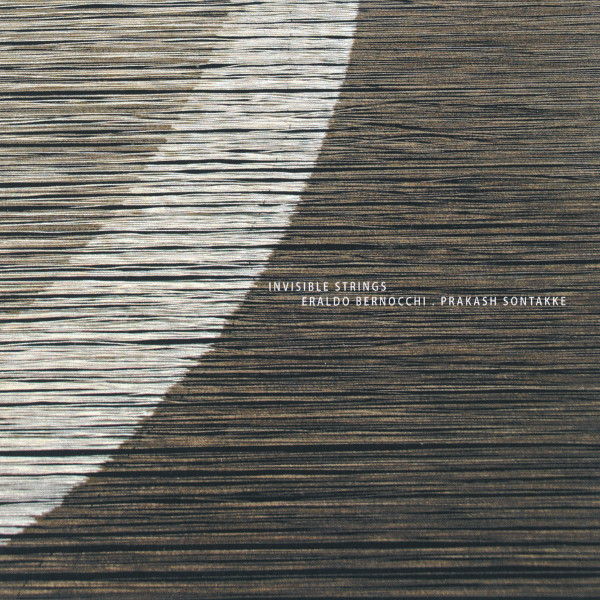 I think it’s safe to say that Invisible Strings is the friendliest release on RareNoise to date. This collaboration between sound wizard Eraldo Bernocchi and slide guitarist Prakash Sontakke is universally consonant, if not downright cheerful, especially compared to some of the more difficult listening experiences the label has on offer. Which is not to imply that it’s uninteresting or lacking in originality. In fact, it’s a welcome respite from all the angst and noise found in the world around us. Sontakke’s playing is the highlight of the set, and while slide guitar is not an instrument normally associated with Indian music, it is ideally suited for the style. Microtonal ornamentation of melodies is a natural when there are no frets in play, and Sontakke’s sound calls to mind a less twangy sitar with near-infinite string-bending capabilities. These are put into rhythmic contexts that are not too challenging — no breakneck 23/8 patterns here, just bouncy beats that percolate happily and don’t distract from the melodies. Some of the pieces are based on single-pitch backing, but mostly there are chord progressions involved, and in fact I’m reminded of Mike Oldfield at times, substituting the slide guitar for Oldfield’s electric in sections of Hergest Ridge or the like. The percussion is unabashedly electronic, but never drifts into simple-minded dancefloor thumping. This is an album full of lovely music that is refreshingly free of tension, but remains well above “beautiful” New Age pablum.