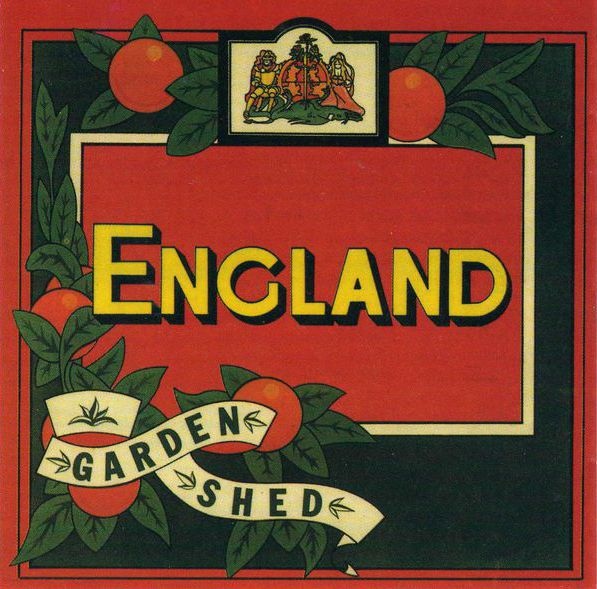 At last, one of the last touchstone albums of British symphonic prog makes it to CD. Oh, there was a bad vinyl transcription on the Japanese Edison label a few years ago, but now the master tapes have been found, so good sound and an affordable price have been assured. A friend of mine once described them as "the English Locanda delle Fate" and... well... that's not far off the mark. Both bands came after the prog rock scene in their respective countries was in its death throes. And while LDF drew on P.F.M. and Banco as influences, England takes its cues from Genesis and Yes. But England does display on their masterwork Garden Shed a "refined" veneer usually reserved for Italian bands (and if you don't believe me, listen to the layered synth work at the beginning of "Midnight Madness," which is similar to classic Banco). The band's name is perfect, as the music is so quintessentally English in that no one could possibly mistake them as hailing from anywhere else; bouncy melodies, pristine high-pitched vocal harmonies, lyrics about neighborhood markets, etc. It's the little things about this album that make it such a delight: the dramatic guitar themes in the opening section of "Three Piece Suite" and its vivacious falsetto coda, the vibes and tympani in the middle of "Midnight Madness," the Mellotron / 12-string / lead electric instrumental combination in "Yellow," and so forth... As counterpoint, the album closes on a melodramatic note, with the modern Dorian Gray adaptation "Poisoned Youth," the spirited themes of which are never less than breathtaking. A real treat, not one to be missed, and one of the best prog-rock releases of 1977 (not that there was much competition).