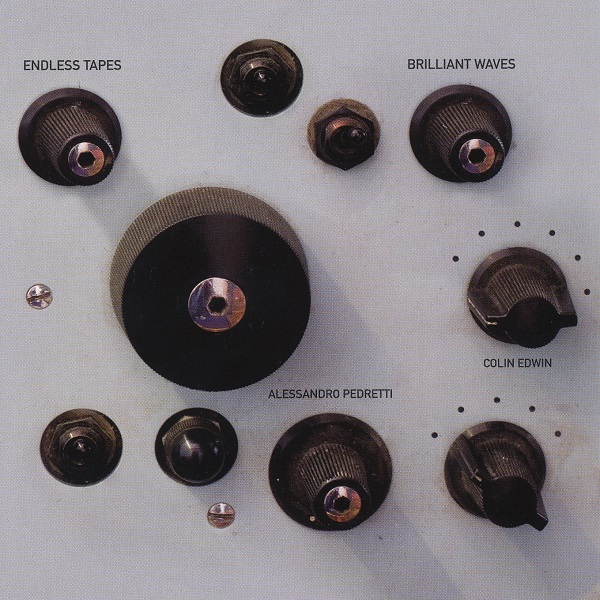 Endless Tapes is a collaboration between Porcupine Tree’s bassist Colin Edwin and drummer / multi-instrumentalist Alessandro "Petrol" Pedretti. Two years ago Colin and Petrol sat down and put together a plan for an album. They began by road-testing their music, expanding to a four-piece band, to play several gigs in Italy. Incorporating the lessons learned from these dates, 2016 sees the debut of Endless Tapes’ first album Brilliant Waves. The music features a kaleidoscope collection of instrumentals inspired by the patterns in urban geometry and the recurring cyclic themes in our everyday surroundings. The title track opens the disc with a chord drone and ambient piano very much like Brian Eno’s Thursday Afternoon. If you are familiar with Brian Eno’s iPhone app Bloom, you will have some idea of the mood and style of the first half of the song. This delicate piece slowly unfolds by adding additional layers of guitar, bass, drums, etc. building to a dark climax. Similarly “Il Guardino” begins with a delicate and beautiful acoustic guitar riff that builds to a complex interaction between electric guitar, bass, and drums. The overall mood of the disc is quite restful. The closing track, “Last Days,” is probably the best piece on the album. It begins with a percussion sequence and moaning electronics that contribute to an eerie atmosphere. Shortwave radio sounds drift in and out. The music builds unexpectedly with electric guitar, Colin’s outstanding bass, and Petrol’s musical artistry to culminate in a highly charged instrumental jam. Brilliant Waves is a finely constructed, multi-layered, and immersive album.