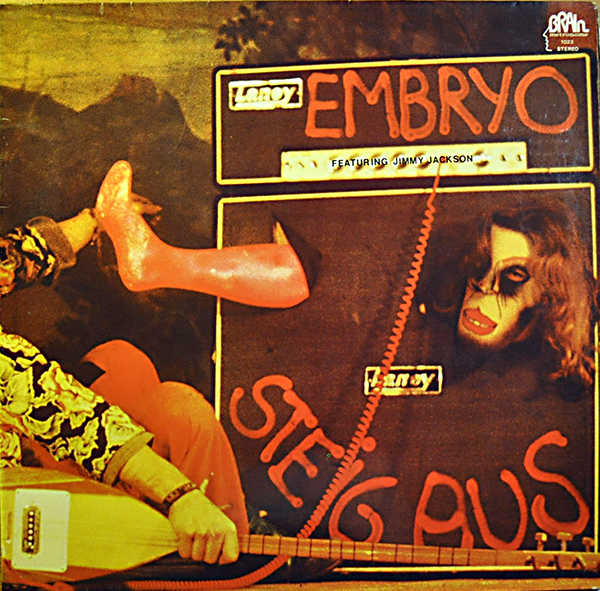 I'm not sure how many bands in any genre had as strong a run as Germans Embryo did from their debut to somewhere deep in the 70s. This was a group who were somewhere betwixt rock, jazz, and world music ethics and each entry into their discography could be remarkably different in personnel and tone. I honestly can't even remember which one I heard first, but it was probably this one, as I still have the LP. Steig Aus is perhaps their most memorable, having been on the classic Green Brain label. In fact I could say this is their nth album but often when their sessions were recorded and when they were released could be mixed up pretty well in the early days. This session had a pretty ridiculous caliber of musicianship with jazzers Mal Waldron and Jimmy Jackson, the former taking the Rhodes, the latter creating huge spaces with organs and Mellotrons; Roman Bunka on guitar, Edgar Hoffmann on violin and of course the everpresent leader Christian Burchard. I've always held out a dream that someday we'd get the Complete Steig Aus sessions with four CDs of material as there are few jazz rock sessions with this kind of instrumentation and tone. In the end it's too short.