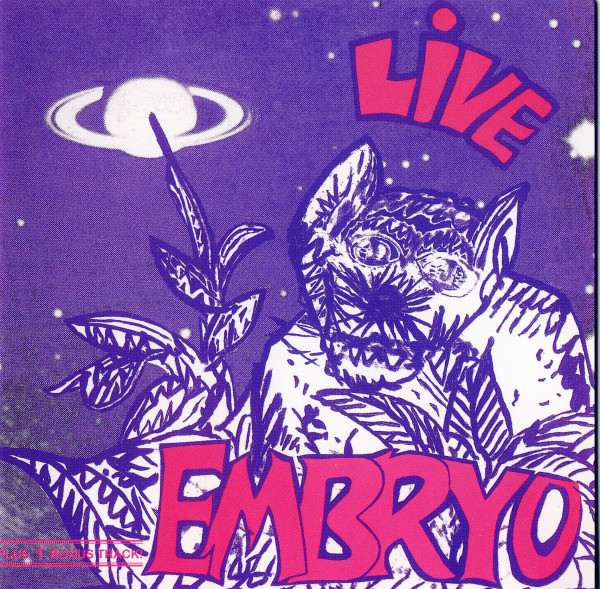 When Embryo founder and bandleader Christian Burchard left this world in mid-January of 2018 at age 71, the sad news gave temporary pause to all my other listening activities and I was suddenly drawn back into the band’s vast and varied catalog. Even with well over 40 releases to their credit, it’s the first dozen or so, spanning the 70s and 80s that were the most groundbreaking and ear-opening, fusing rock, jazz, funk, and explorative sounds from all over the world into their iconic musical stew. While the band’s first seven albums were released on a variety of major labels (Ohr, BASF, UA, Brain), for their seventh album Embryo formed an independent label and distribution alliance with several other like-minded artists (Ton Steine Scherben and Missus Beastly among them) called April (eventually renamed Schneeball), and Embryo’s first release on the label was the 1976 studio LP Bad Heads and Bad Cats. The band’s ninth album, recorded at a single show in February ’76 (released in 1977) was their very first live album, simply titled Live, featuring the same lineup as Bad Heads before it: Burchard on drums, marimba, xylophone and vocals; guitarist and singer Roman Bunka; bassist Uve Müllrich; Dieter Miekautsch on piano; Charlie Mariano on sax and flute; and singer / percussionist Maria Archer. They also incorporated a number of exotic world instruments, including nagasuram, oud, and diruba. In addition, a number of guests appear, track depending, including percussionists Geoffry Ramos and Joseph, flutist Edgar Hoffman, and on the sixteen-minute bonus track “Just Arrived,” second sax player Massimo Urbani. Somehow, over all the years, this one has escaped a CD reissue until now. The album contains nine smoking tracks, predominantly instrumentals, plus the bonus (which was recorded on a different night), and throughout most of the applause and banter has been trimmed, presumably to maximize the amount of music that could be squeezed into the original LP format. It’s an amazing show, with outstanding performances turned in by all players, the group firing on all cylinders from beginning to end, and most of the material (with the exception of “After the Rain” and “Road Song” which appeared on Bad Heads) exclusive to this release. It’s good to have this finally available on CD.