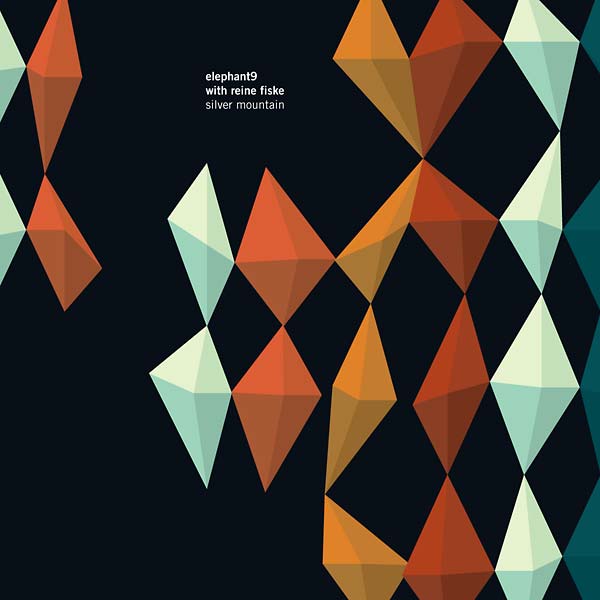 The Norwegian trio Elephant9 has been around for about ten years now, nominally working in the jazz-rock sphere with a number of previous releases on the Rune Grammofon label. The original trio features drummer Torstein Lofthus, keyboardist Ståle Storløkken, and bassist/guitarist Nikolai Eilertsen, on their first two studio albums and a live album from 2011, but since 2012’s Atlantis album, the band has been working with Swedish guitarist Reine Fiske, who most will know from his other bands Dungen and The Amazing, and his previous bands Paatos, Morte Macabre, and Landberk. Silver Mountain is the band’s second release with Fiske, and with him they have taken a turn into more psychedelic rock territory, with only a sprinkling of jazz at this juncture; with Ellertsen now concentraing on bass, the front line players are Storløkken (with Rhodes, Hammond, and Minimoog) and Fiske (with an array of cool effects), taking the band on a wild sortie into free-form psych on top of the rhythm section’s steady groove, over the course of the album’s five long instrumental tracks. And by long, I mean nothing under ten minutes, and a couple of these sretch out to full album-side length, giving these guys plenty of room to stretch out and wander the musical universe with the listener’s mind in tow. Some parts get pretty confusing and chaotic, cutting deep into rock’s molten core, while other parts just shimmer and groove along freely. There’s a lot of great sounds and ideas presented here for the intrepid listener to get excited about.