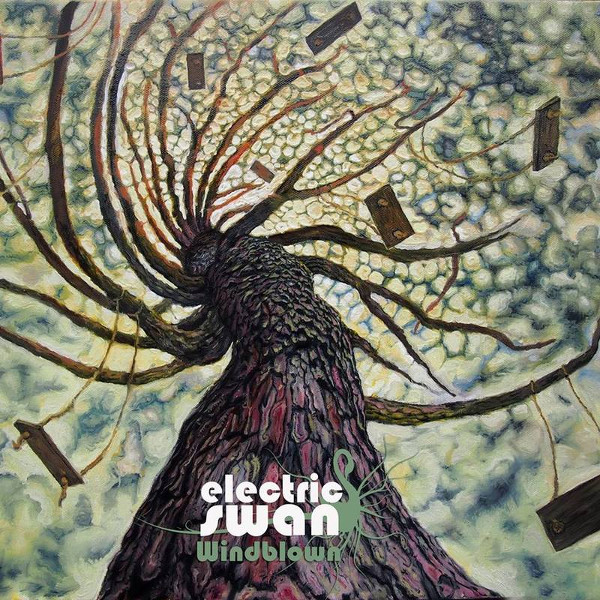 The first thing you notice about Windblown is the fascinating cover art. There is so much movement in the picture that your eyes are drawn into it. And therefore I was expecting something entirely different for what I heard on the album. Rather than stormy Italian progressive music, Electric Swan plays a combination of blues and hard rock. Guitarist Lucio Calegari formed Electric Swan as a solo project in 2008. Lucio’s solo efforts grew into a full band with gigs at Burg Herzberg in Germany, Crescendo Festival in France, etc. Windblown is Electric Swan’s third release. Today the band consists of Lucio (guitar and vocals), Monica Sardella (lead vocals), Vincenzo Ferrari (bass), and Alessandro Fantasia (drums). They are also joined by guest musicians Sergio Battaglia (saxophone), Samuele Tesori (flute), and Paolo Negri (Hammond organ, electric piano, Mellotron, and Moog) on various songs. In addition to the eleven album tracks, there is the bonus track “Midnight,” a cover of a 1973 T. Rex B-side that was included on Black Widow’s tribute album to David Bowie and Marc Bolan. The music is sure to please fans of 70s hard and blues rock. Overall the sound reminds me of the Italian band Tale Cue. The music is filled wth blistering guitar solos, heavy bass lines, and energetic drumming. It wasn’t until the sixth song, “Sin’s a Good Man’s Brother,” that the music caught my attention. The acoustic guitar intro, heavy blues rock, and biker chick vocals are outstanding. “Beautiful Bastard” is another excellent song, especially with the addition of Sergio’s saxophone. “Here Is Nowhere” begins with a quiet flute and electric guitar duet with a jazzy vibe that builds to a rocking climax. The best track on the album is “If I’m in Luck I Might Be Picked,” with Hammond organ and gritty vocals augmenting the inspired bluesy jam of wah-wah guitar, drums, and firey guitar solo. It is hard for me to judge the T. Rex cover tune “Midnight” as I had lost interest in T. Rex and Marc Bolan after The Slider and his glam rock output. However, Electric Swan does put a considerable amount of energy into this cover along with Lucio’s blazing guitar.

33 Dao - Xunzhao Guowang – There has always been a kind of surreal appeal to the sound of carnival music, and it has managed to creep into a variety of genres, from Broadway musicals to Hamster Theatre. This Shanghai band (No....  (2009) » Read more