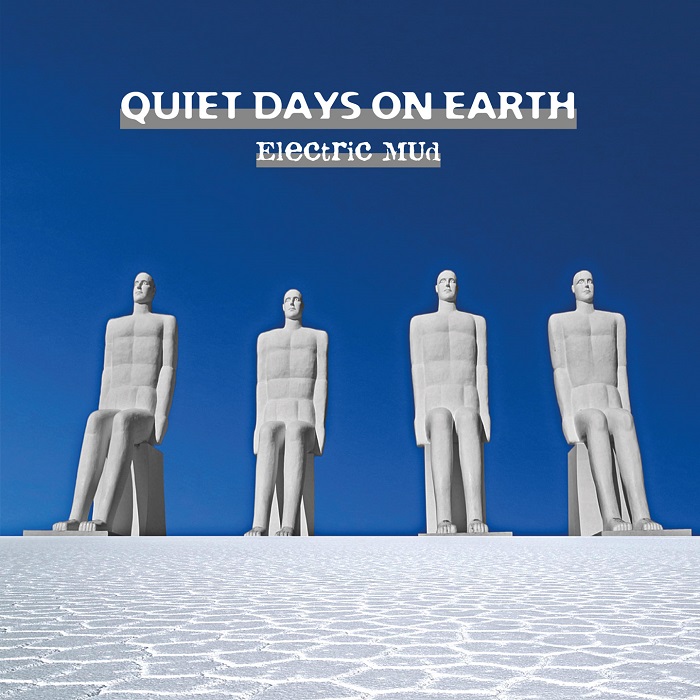 Not to be confused with the famous 1968 Muddy Waters album where he went electric, or the German rock band who released their eponymous album in 1975, this Electric Mud is a German group also, based in Hanover, but one that very much exists in the present, formed around 2011, with five albums to their credit now, who a few years back made the transformation from a live trio into a two-man studio-only project, which happened at some point before their previous release The Deconstriction of Light, reviewed in these pages in late 2018. Nearly two years have passed, and Electric Mud remains a two-man project: Hagen Bretschneider (bass, ideas, and concepts) and Nico Walser (guitar, keyboards, noises, mixing, and mastering), with programs handling the drums and percussives. Having reviewed the earlier album, which was often overtly heavy (I believe that comparisons were drawn with Eloy, Floyd, and mid-70s Tangerine Dream), Quiet Days on Earth seems to be of a far more subdied and gentle style, without a lot of distorted guitars and bombast; this release is almost episodic, gentle and beautifully melodic, much like film music. At 78-plus minutes it’s a mighty long album, especially considering that it’s 100% instrumental, and while it does rock in places, the general feeling is far more delicate and textural, with many moments of grandeur, colors, shades, and beauty, as typified by the seven and a half minute title track, where a searing guitar solo launches around five minutes in and carries all the way through to the end. “Eyes Watching Skies” and its follow-on, “Foggy Postcard from a Barren Land,” use a strong electronic and keyboard underpinning with bare-bones percussion, the latter with its colorful keyboard motif and shifts and changes make it one of the strongest compositions on the album. Some field recordings of voices are carefully integrated into parts of “The Loneliness of the Somnambulist” as it inches slowly across a shimmering electronic dreamscape. While it all may be suitable for soundtrack music, it is still most definitely progressive rock in the classic sense, just not as hard and heavy as before.

From Sultans of String to the World