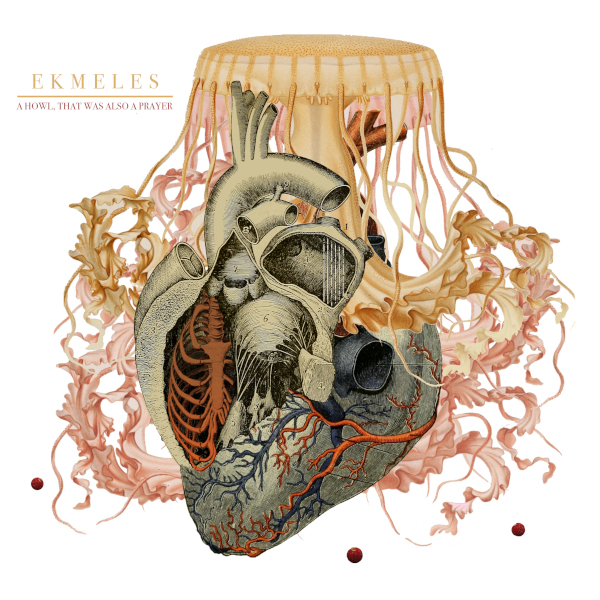 With A Howl, That Was Also a Prayer, the vocal ensemble Ekmeles presents three suites of avant-garde vocal music by three different composers. Taylor Brook composed his “Motorman Sextet” using text from David Ohle’s novel Motorman, and it combines spoken word, sung lyrics, and vocal noises into a microtonal stew of epic surrealistic scope. The nine sections are like scattered flickers from a series of seemingly unrelated stories, though all concern a character named Moldenke. The six singers take turns with the spoken parts, and sometimes the others echo sentence fragments in weird melodies. The episode (“Part VI”) where Moldenke volunteers for injury in the Mock War is particularly attention-grabbing. “Three Scenes from Sleep” by Erin Gee doesn’t have any real lyrics, being composed of a wide range of vocal sounds, from clicks and pops and hisses to sliding whoops to whistling. It’s a dreamlike journey through a strange forest made of human-faced trees trying to communicate — or perhaps something more sinister. The final set is “End Words” by Christopher Trapani, also in three parts. This piece introduces some electronic sounds emulating chirping birds and strange machines, along with some sounds that seem to originate with conventional instruments. There are some floating note clusters that recall Ligeti’s choral music, but many other sounds besides. The final section features phrases punctuated by bell-like tones. On a technical level, the performances are quite impressive, with the six voices coordinated tightly in spite of the unconventional nature of the pieces. Ekmeles has created a fascinating glimpse into the world of experimental vocal ensemble music, a far cry from the acapella music most of us are familiar with.