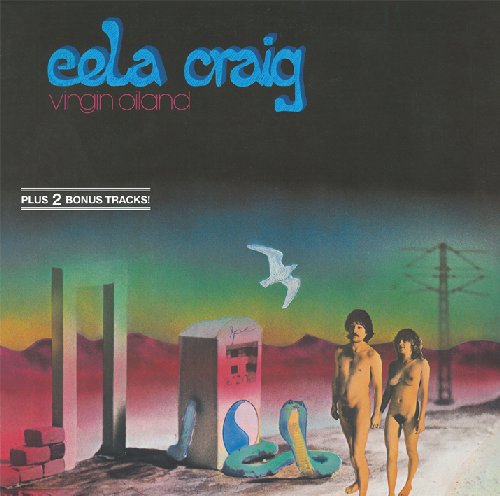 This fine Austrian band released their first, self-titled album in 1971, then perhaps more psychedelic rock than the symphonic progressive that they evolved into by their second album One Niter in 1976, followed by a third equally compelling album Hats of Glass in 1977. In 1978 the band’s de-facto leader and one of two keyboardists Hubert Bognermayr wanted to pursue the idea of doing a concept album based on a Christian mass, complete with Christian lyrics, vestments and so on – an idea the rest of the band was only lukewarm on, and when the 1978 album Missa Universalis flopped, this created a rift within the band, with Borgnermayr on one side and the remainder of the band on the other. Things came to a head, Borgnermayr was booted out, and the band carried on without him. Also departing at the same time was drummer Frank Hueber who was suffering from permanent hearing loss, thus lead vocalist Will Orthofer replaced him on the drum kit. At that point the group consisted of Orthofer, Gerhard Englisch on bass and synthesizer, Harald Zuschrader on keyboards, guitar and flute, Fritz Reidelberger on guitar, piano and vocals, Hubert Schnauer on keyboards, guitar and flute, and sound man Alois Janetschko was also considered a band member. Moving forward, the band was able to establish and equip their own then state of the art 24-track studio in 1979, which was used to record the band’s next album over a two month period in 1979, the result of which was the release at hand, Virgin Oiland, in 1980. It’s a concept album loosely describing the history of earth and of mankind, leading toward its own destruction, complete with Adam and Eve and the serpent on the cover, though the concept is not an in-your-face effort like its predecessor. Musically, it’s a more song-oriented program than earlier Eela Craig efforts, although it does hint toward where they might have been headed after Hats of Glass, with standouts being “Birds of a Feather,” the Supertramp-like “Pig City,” “The Seven Minutes” with its gentle vocal harmonies, and “Beecher’s Brook” among many others. Each of the pieces are song oriented, yet still retain some serious prog cred, perhaps too much for an album of 1980, when tastes in popular music were on an alternate trajectory. The two bonus tracks are “We Found Daddy Hangin’ On The Christmas Tree,” the B-side of the album track “Carry On” released as a single, and the A-side of the 1981 single “Mo-Bike Jive,” which had “Carry On” as its B-side. Good to have this one finally available as a CD.