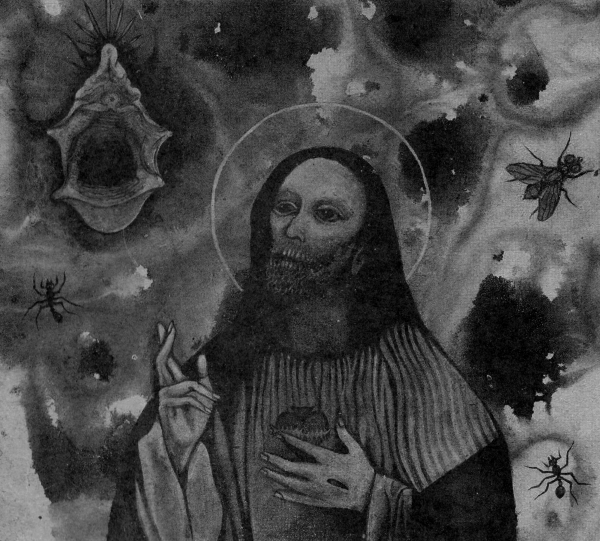 Melancholics Anonymous is a collection of EKS pieces from rare vinyl releases plus one previously unreleased track. Even with reissuing these songs to a wider audience, this CD is a limited edition of 500 copies. These seven tracks are not your typical EKS songs, but instead showcase his avant garde, industrial persona. The disc contains “Clara Rockmore’s Dog” and “Stars on Some Days” from the Bonus 7” included with O’er a shalbast’r tyde strolt ay, “Complex” from the See Beyond the Music gallery exhibition 10”, “Meltdown” from another gallery exhibition 10”, “Burden” from the Electrically Induced Vibrations compilation, and “The Evidence of Absence” (Side B) from the album The Absence of Evidence. The unreleased track is the nearly 10 minute “Karis in the Spring.” “Clara Rockmore’s Dog” opens the disc and is one of Edward’s outré stories that appear from time to time. Overall, these seven tracks recorded between 2000 and 2007 fit well together, creating a dark brooding atmosphere. Some are ambient droning pieces and others are sound collages from old records and radio shows stirred together in EKS’ special blend of spoken recitation, synths, and general weirdness. The music is excellent and probably something to listen to late at night. Melancholics Anonymous is a welcome addition to the EKS catalog, especially for those fans not able to obtain these obscure originals.