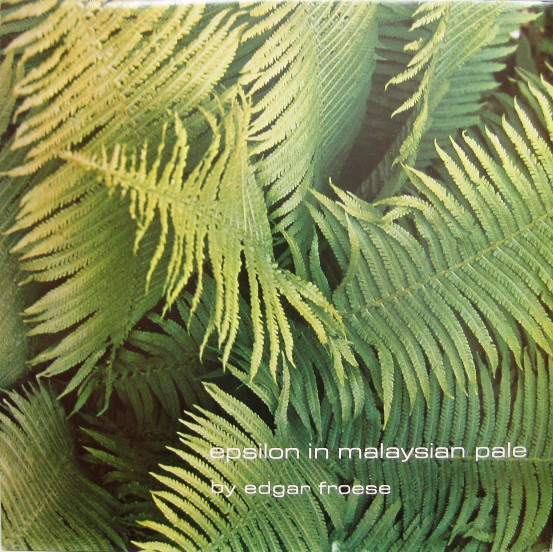 The original cover of the Tangerine Dream leader's second solo album is what I'd probably call a fernscape and it's one of those covers that really sets the tone and mood of this two-track masterpiece, as the whole thing could be the backdrop to a lost world or a reimagining of some Cretaceous period movie soundtrack. It's one of music's great Mellotron clinics with string chords backing up a host of period electronics, many of which sound like they could be the noise of animals lost to the tides of history. The melodies sort of meander throughout with themes that resolve and drop back into the primal humidity, rising and falling, swirling in and out at the sort of languid pace that was more reminiscent of Zeit than most of the Virgin era. It's an essential electronics record with a unique atmosphere and languished out of print for many years — except, perhaps, for a retreatment which you'll know if Froese's name has a "W" in the middle, which I've been assured is worth avoiding. But now the original album can be found on the complete Virgin Years set which is genuinely worth owning from beginning to end.