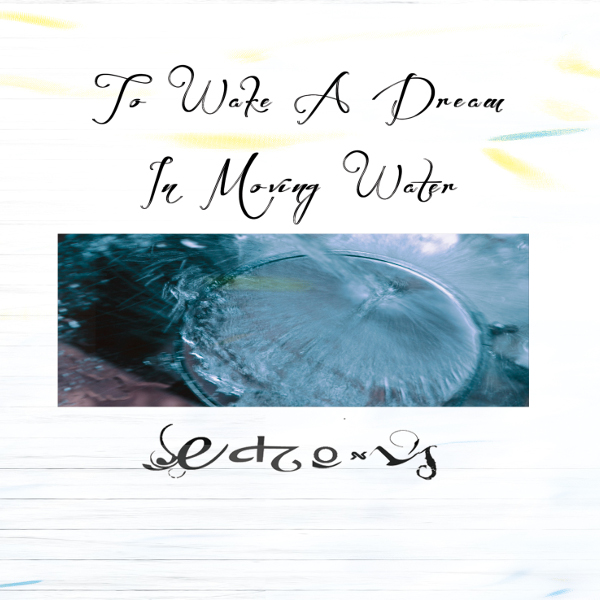 Portlandian multi-instrumentalist Ethan Matthews has been recording music since he was 18 years old in 1996, first in the progressive metal band Greyhaven and now his solo efforts as Echo Us. His latest album is To Wake a Dream in Moving Water. All tracks are brand new except of “Aeriel (Satre Dance)” that he penned in 1996 and updated for his new album. Basically the eight tracks on the disc are masterfully composed and played instrumentals and vocals that combine New Age, Celtic, and Mike Oldfield’s Ommadawn, Hergest Ridge, and The Songs of Distant Earth. This is restful soothing and rhythmic music, but nothing to get really excited about. Amid the eight tracks are two versions of “Begin to Remember.” Version 1 is a bit twee, but Version 2 is quite different, with a full-bodied sound, edgy vocals, chord shifts, and a much more engaging listening experience. This has all been done before decades ago, but if you yearn for restful healing music, then To Wake a Dream in Moving Water may just be for you.

The last I heard from Ethan Matthews and his Echo Us project was on Tomorrow Will Tell the Story in 2010. There was another release in 2014, but I missed it somehow. When To Wake a Dream in Moving Water first starts, with ethereal keyboards and a bluesy electric guitar, I thought I was in for more of what Tomorrow gave me — slickly produced rock with slight hints of prog, basically along the lines of Alan Parsons’ classic albums. But about three minutes in, that expectation of similarity is shattered, at least to a degree. When the energy level perks up from the atmospheric intro, it ventures into Celtic territory, with bodhran and other folk instruments filling out the sound. This newfound love of acoustic instruments permeates the album, though it is tempered with high-tech modern production, so for every hammer dulcimer, there’s a wash of keyboard chords. We don’t hear any lyrics until track 3, “Begin to Remember Vr 1,” and it too is drenched in Celtic flavor. It also features some lovely round-like countermelodies and an instrumental break reminiscent of a jig. “Vr 2” of the tune follows and expands it with variations, including some pitch-altered vocals that are a little odd in this context. (I hesitate to use the name Autotune, since there are other ways to accomplish this effect.) The second half of the album features two lengthy tracks in the neighborhood of 15 minutes which evolve through various sections. Aside from the previously mentioned comparisons, other artists that come to mind are Mike Oldfield and Clannad, and the (probably) inevitable touch of Riverdance at times. The vast majority of the music is instrumental, with vocal sections few and far between, and there are some parts that are adapted from traditional music, though most was penned by Matthews. The stringed instruments are expertly played, with even a few flourishes from the electric guitar that in another context (and with a different mix) would count as shredding. Taken on a whole, To Wake a Dream in Moving Water presents a modern version of Hergest Ridge infused with meticulous production and a hint of New Age beauty. As such, its lack of rough edges may turn off some listeners, though others will bask in the expanse of comforting sounds.

Emily Bezar - Exchange – With Exchange, California singer/songwriter/keyboardist Emily Bezar has produced her definitive (so far) musical statement. The elements that have contributed to her past releases (progressive rock,...  (2008) » Read more

Battiato - Fetus, Pollution, Sulle Corde di Aries & Clic – Franco Battiato, as is well known, was an Italian pop singer who for a span in the 70s made a string of very experimental albums that fit in the vein of groups such as Opus Avantra or Pierrot Lunaire....  (1995) » Read more

Bonfire - Bonfire Goes Bananas – This Dutch four-piece produced a spirited instrumental rock during the mid 70s, leaving one album behind as the only recorded evidence. Their sound is very progressive, constantly changing tempo and...  (1996) » Read more

Kate St. John - Second Sight – When I reviewed Channel Light Vessel's recent disc, Excellent Spirits, I noticed a subtle contribution made by the sole female member of the band. Kate St. John is not your typical ambient woman...  (1998) » Read more