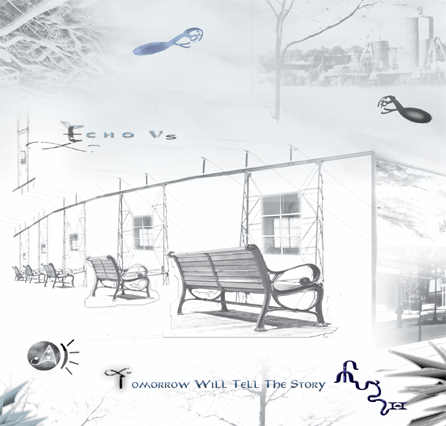 Here's one I really go back and forth on. Sometimes the over-the-top production gets on my nerves, exhibiting a kind of end-state for the maximalist recording style that started in the 70s, where more tracks of more different sounds were considered impressive and desirable in and of themselves. Definitely moving away from the artistic core of "people playing music in a room together" that I feel is what music is all about. Then something about it grabs me, and I don't care so much about how artificial it all sounds. The lead vocals often remind me of Thomas Dolby; the lush backing is reminiscent of Enigma; the big rock guitars take after any number of 80s bands. Every single moment of this is packed with sonic details (echoes in the distance, a nearly invisible keyboard part, an extra acoustic guitar doubling the more prominent acoustic guitar, manipulated vocal samples, environmental sounds, and so on) that just beg for headphone listening. It all has an obsessive quality to it that is both impressive and oppressive. But, as I said, it does have a magnetic quality that prevents me from dismissing out of hand. In a way, it's the modern equivalent of an Alan Parsons Project: serious about some kind of concept, meticulously crafted, mildly progressive in style, but kind of plastic.

Physical Rocket - Rising Is My Trend – OK, so Physical Rocket isn’t really a progressive band at all, but they’re a lot of fun, and they don’t really sound much like the mainstream rock we hear these days. They’re a hard rock band...  (2002) » Read more