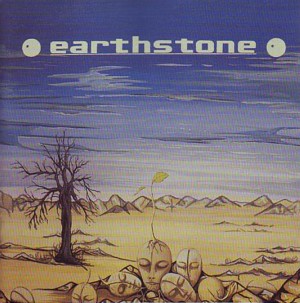 Chris Phillips is the mastermind behind Earthstone, today a band, but at the time of this recording essentially a one man project with guesting from producer Chris Bond (keys) and Marc Richards (guitar on one track). The music is generally keyboard based, with some impressive guitar solos, and solid rhythmic power, straddling that area somewhere between Camel and Rush, with some neo-progressive tendencies (both good and bad elements, as the bright melodicism of "E.L.F" or the simple boom-bash drumming on "The Splintered Sky" will tell). Phillips is a capable instrumentalist, his forte being keys and guitar — and while his vocals are not remarkable, they get the job done. Some tracks use programmed keys or drums in conjunction with the live instrumentation; when done this is generally unobtrusive and doesn't harm the overall effect. Three instrumental tracks — "Hand of Glory," "Llid the God," and "Whitlingham Lane" — break up the vocal tracks nicely, and although Earthstone is not the pinnacle of originality (Floyd, Camel and other influences showing through regularly), there are enough original ideas at work here to make this worthy of attention. All taken, Earthstone is a band worth keeping an eye on, definitely going somewhere.