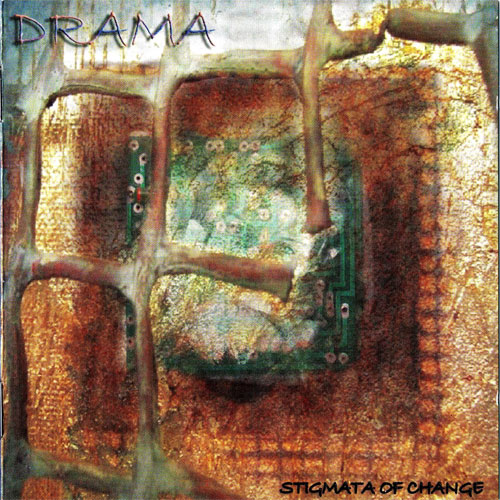 Seven years has passed since this French band’s last release, Flying over the 21st Century. Lineup changes include new vocalist Yvon Lucas, who suits the material well, even if he’s not a great singer. The modus operandi behind Drama’s musical style is relatively intact: accessible symphonic-tinged prog in the vein of Saga or 90s Genesis. Positive steps have been taken to update the production values on this album and the keyboards and percussion tracks now feature techniques that bring these songs in line with modern prog bands like RWPL. Lucas often sounds like Yogi Lang as well, making the similarities even stronger, even if none of the material here approaches their German counterpart’s songwriting gifts. This concept album — evidently regarding a relationship gone awry — leans mainly on vocal songs given expansive symphonic texturing, akin to Dutch group Like Wendy. Instrumentals typically feature keyboard player Ralph Adam who has a good feel for orchestrations. Several shorter pieces, in fact, are entirely orchestral and in “A Revelation” even ape the sort of hip atmospherics from Enigma and Deep Forest. The album reaches its height with catchy pieces like “A Start” or the closer “Smoke” that, while not about to win any awards for originality or instrumental genius, do what they set out to do very well and should only be considered on those terms. As long as you aren’t looking for yet another retro-sympho- band or anything too difficult on the ear then this just might be worth checking out.