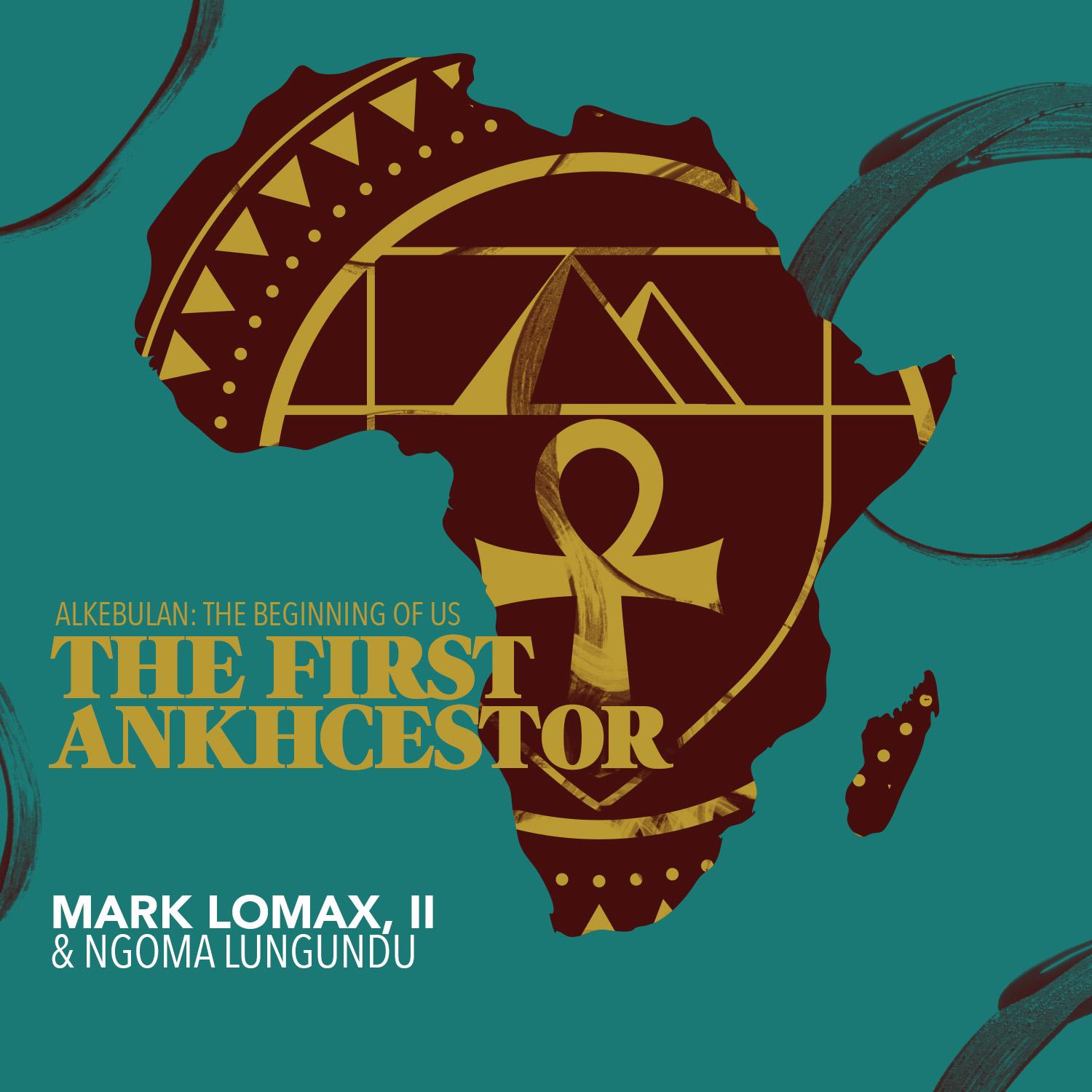 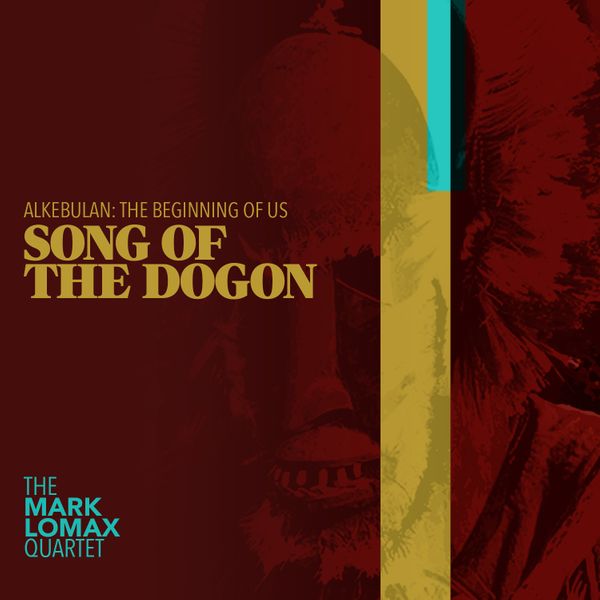 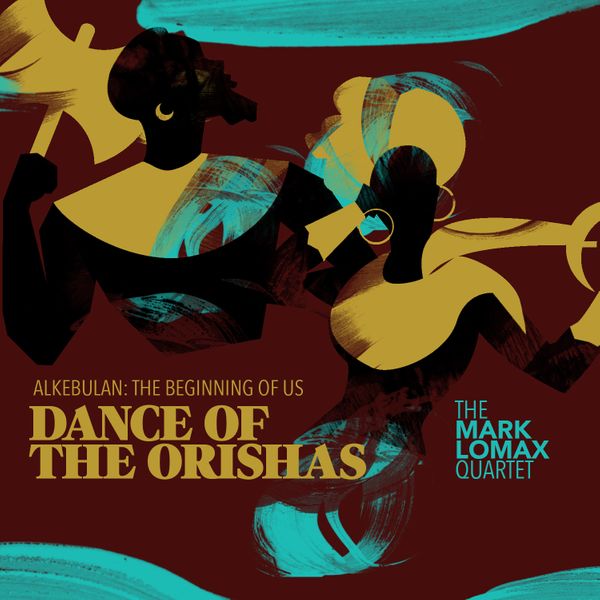 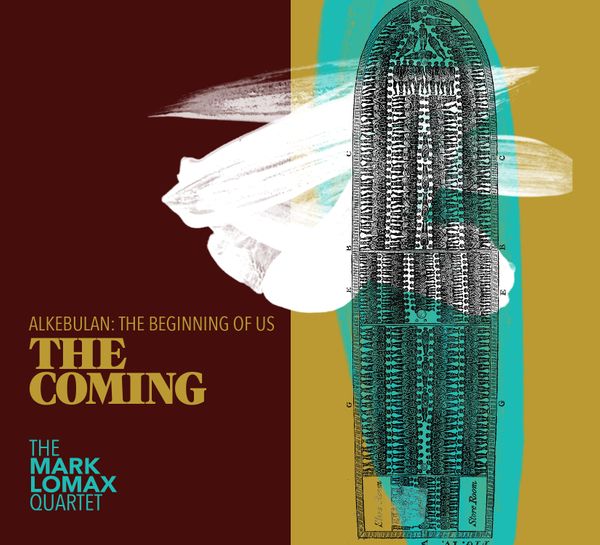 Dr. Mark Lomax, II is a 2018-19 Artist in Residence at the Wexler Center for the Arts at Ohio State University, and he has taken advantage of the Center’s support in a big way, putting together an epic cycle of compositions called 400: An Afrikan Epic commemorating the 400th anniversary of the arrival of African slaves in North America. The pieces have been released as a set of 12 CDs arranged into three broad historical eras: Alkebulan: The Beginning of Us spans from the dawn of the human race to the beginning of the African slave trade; Ma’afa: Great Tragedy covers the 400 years’ experience of Africans and their descendents in North America; and Afro-Futurism: The Return to Uhuru takes the story into the future. In this review, I’ll look at the first part.

For the first volume in 400, drummer Mark Lomax, II takes us back to the basics with The First Ankhcestor. These six tracks present 36 minutes of music for drum kit and percussion performed by Lomax with Ngoma Lungundu, an African drum ensemble based in Atlanta. The music is engaging and enjoyable from start to finish, and the lack of tonal instruments isn’t a problem. I won’t speculate about how the pieces are actually constructed — I assume each has a structure and other qualities that Lomax presented to the ensemble and that there’s a fair amount of flexibility in performance. The album’s theme is the central importance of drums in African culture, and by taking an array of traditional drums and combining them with a jazz kit (along with occasional vocalizations), the circle is brought around, fusing ancient tradition with contemporary sensibility, illuminating the roots of jazz along with the potentials that were always present in African drumming.

Volumes 2 through 4 are performed by Lomax with his Quartet. The first of these is Song of the Dogon, seven relatively short pieces totalling just over 30 minutes. He is joined by, in order of appearance, pianist William Menefield, bassist Dean Hulett, and tenor sax player Edwin Bayard. “Po Tolo” is a languid piece of ebbing tensions, with no steady pulse, fleeting arpeggios and tremolo chords on the piano, and unhurried melodies on the sax. “Amma” features throbbing toms and a riff that gets tossed around between bass, piano, and sax. Other tracks include a brief drum solo that is in Lomax’s characteristic melodic style, a latin-influenced romp, and a gospel-tinged finale. “LEB” deserves special mention for its application of talking-drum ideas to a drum kit part in a jazz tune. The song’s riff is, at various times, played by everyone, including the drums, which are tuned to match the notes the other instruments are playing. This kind of inventive percussive melodicism is Lomax’s trademark, and sets him apart from other jazz drummers.

Next up is Dance of the Orishas, which is a much more involved set of seven tracks, only two of which come in under ten minutes for an overall length well over an hour. Lomax himself starts off the set with a free-form solo on cymbals and (possibly) other metallic objects, with the others gradually joining in. The playing is superb all around, though I find that their performances on the more concise material of the previous volume are more engaging. Every variation possible with the four players is explored, from solo to duo and trio combinations. The arrangements are much looser than in the previous volume, consisting as much of frameworks for improvisation as set parts. An obvious reference is Wadada Leo Smith’s work with his Golden Quartet. Menefield starts “Oshoshi” with a beautiful solo spot, melodic but unpredictable, with an occasional bluesy flourish. Hulett gets his chance to shine on “Eleggua,” with a lot of tremolo-like chording on the bass punctuating phrases and melodies. The entire album seems designed as a suite, with somewhat arbitrary divisions between the sections. It’s an outstanding set, albeit quite long.

The first section of 400 ends with The Coming, “A musical depiction of crossing the Atlantic” which is based on Daniel Black’s novel of the same name. From the first sounds, this volume introduces a new factor: spoken word. This narration, presumably either from the novel or adapted from it, is backed by a quiet beat on the drum kit, which kicks up to an energetic rhythm once the narration is done, leading into a tune called “Jua” which has a flavor reminiscent of High Life. This transitions into a great riff that builds behind another section of narration. This pattern continues through the rest of the set, with narrated passages followed by musical sections. As such, the thematic basis for the whole project is brought to the fore, whereas in the purely instrumental volumes, a listener can simply accept the music as sound. The Coming comes in at 31:29, the shortest volume so far, but the weightiest in terms of requiring listener engagement.

As a lover of jazz, I am often conflicted about the place of jazz in academia. In many ways, I agree with the sentiment I’ve heard expressed by many jazz musicians, that the proliferation of jazz as a course of study in American colleges is ruining the music. Jazz is supposed to be direct, emotional music, not an intellectual exercise, and reducing it to a set theoretical structure drains all the joy out of it. But on the other hand, jazz is an art form worthy of study — presuming that it is treated as an ongoing, developing thing, not a historical artifact to be codified and dissected. If this work is any indication, Dr. Mark Lomax, II is exactly the kind of musician who’s needed in higher education: a creative artist with deep thoughts who is well versed in the history of the art form while moving it into new territory.