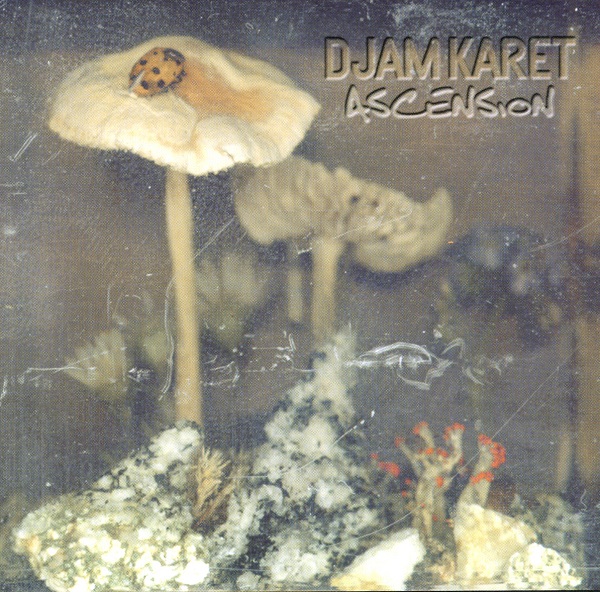 Here’s another slab of Djam Karet to sink your teeth into; on the heels of their latest New Dark Age comes this collection of compositions that don’t quite fit the mold of what NDA was about, representing the more explorative side of the band’s character. Not since the days of Ritual and Firepool has the band taken chances like this, dwelling in areas that are neither hard-edged rock nor floating, spacy ambient. To be sure this is still Djam Karet, one will recognize the band’s trademark sounds, but there is much more — listeners might find it refreshing that the band has really shattered its own sense of predictability here, choosing to consciously move out beyond the confines of what has come to be expected. Take “The Hanging Tree” for example, where a lazy Floydian groove is a vehicle for spirited organ and guitar soloing. “Special Cases” finds acoustic guitars and a punchy bass figure punctuating a catchy rhythm track, while texturally treated guitars loop and whirr over the top. “Arise from the Ashes” springs to life with gentle acoustic and 12-string guitars and hand drums, reminiscent of early Steve Tibbetts, before lapsing into a dark Suspension like trance featuring didgeridoo by bassist Henry Osborne. The sidelong “Disintegration” moves through a number of wildly diverse sections, from subtle melodics and repetitive rhythmic structures to avant-explorations and sampled sounds; the wood flute by Gayle Ellett is a nice touch also. Cerebral peregrinations for the enlightened psyche. Recommended!