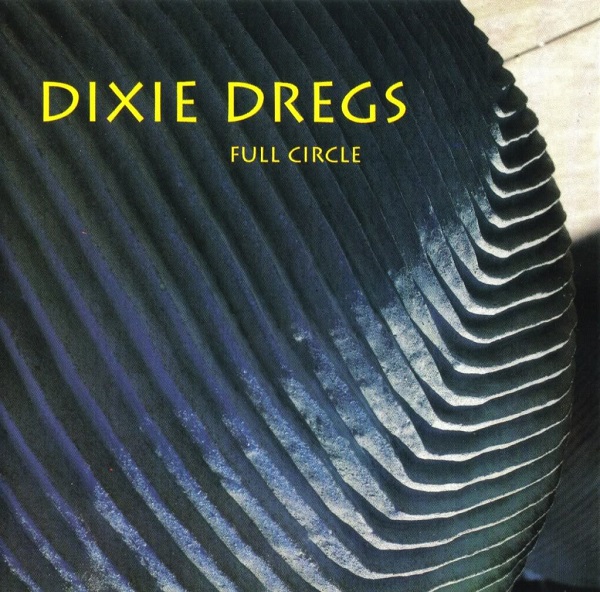 After a less-than-spectacular live release a few years back, the Dregs are back with an all new studio release, their first in well over ten years. So what's new with these well known purveyors of funky-jazz rock with an occasional dip into classical and country realms? Well, to start with, the lineup here is nearly the same as the more recent records, with the exception of Jerry Goodman, who fills in the violin spot vacated by Allen Sloan. Steve Morse is here on guitar, of course, and as usual wrote all the original material and produced; long-timer Rod Morgenstein plays drums, with T. Lavitz and Dave LaRue on keys and bass respectively. For anyone not familiar with these guys (could there be anyone who has never heard "Punk Sandwich" or "Country House Shuffle" from the old days?), their style combines the southern rock ethic with an instrumental attack closer to the likes of Kansas, for a sound that is truly American, both in spirit and emotion — a gutsy, instrumental rock stew topped off with some colorful cerebral elaborations. Morse's guitar plays into both ends of the mix, offering contradictions and a certain amount of incongruity. Add to that some adventurous sorties into country-styled guitar and semi-disciplined classical techniques, plus a measured amount of irreverence and anarchy. That review could apply to any of the Dixie Dregs' albums, though, and more than anything identifies the major weakness with Full Circle: the band simply isn't going anywhere new; this album, while not as flashy and brilliant as Freefall or What If (their second and third albums respectively), it's at least equal to anything they've done since, and contains no real surprises. Still, if you liked those albums and want to hear more of the same, then I'd recommend it highly; also for the newbie, it's probably as good a place as any to start.