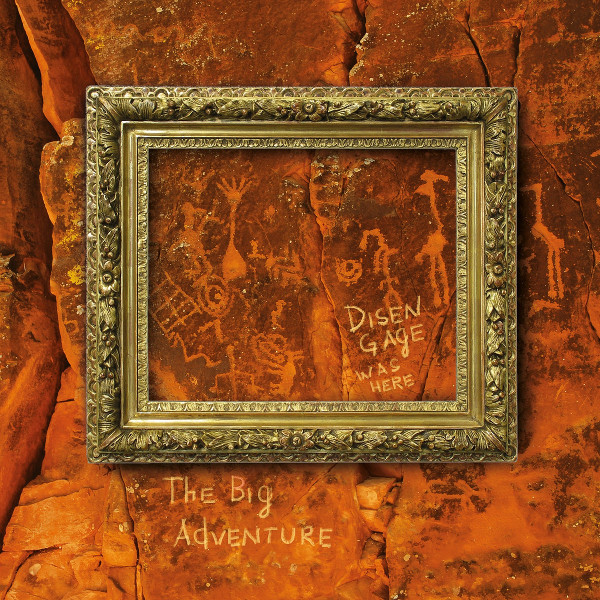 One of the more engaging contemporary Russian progressive bands is Disen Gage. Their latest album of eight instrumental tracks is The Big Adventure. Disen Gage is quite an inventive band, integrating different musical styles and elements into each track. The album opens with “Shiroyama,” with its ambient intro that morphs into a dark electric guitar riff and rhythmic crashes, plus a bit of dissonance, telling about the famous Japanese battle of 1877. Next is “Adventurers,” an upbeat instrumental with rhythmic strumming and bass riffing, when out of left field enters an accordion that imparts a cabaret feel for the middle break. Then the band closes the track with melodic progressive guitar soloing. The third track, “Chaos Point,” takes you in a new direction with drones, fuzzed guitars, and metal rock. Then they hit you with chaotic crazed piano playing, growls, and shouting — only to close with a melodic piano solo. “Element” is an eerie track with heavy reverbed guitar, cyclic guitar ala Manuel Göttsching, and a soaring guitar solo to end the track. Then they takes the listener into urban funk / Euro-disco territory with “All the Truths’ Meeting” and then, once again, shifts to prog rock to close the track. Then we have the cool “Selfish Tango” that does not sound like a tango for a couple of minutes. Initially there is a Calypso element with vibes and bass dominating. There is a pseudo tango for almost two minutes, with the instrumental evolving into symphonic prog. “Carnival Escape” is another instrumental with multiple changes. It begins as an eerie urban tune that shifts to jazzy lounge music, shifts to a raucous urban vibe, and then suddenly there is about 30 seconds of carnival music. There is definitely an escape of some kind going on here. But more like the carnival music is disguising itself to avoid capture. And then the track reaches an excellent symphonic climax. The album ends with the appropriately titled “Fin” that begins with a quiet piano solo that is joined by doubled guitar lines. About midway through there is a symphonic crescendo that decays to the piano solo with an added martial rhythm that grows to another progressive climax. So, if you are looking for some adventurous music that defies convention, then by all means consider The Big Adventure.