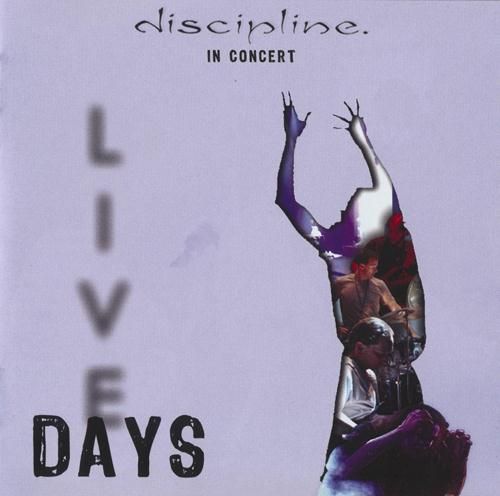 Fronted by Matthew Parmenter, arguably the most dynamic front man ever to grace an American prog outfit, Discipline built a following during the 90s prog revival largely through word of mouth and concert appearances. Their two albums from that era, 1994s Push and Profit and 1997s Unfolded Like Staircase cemented their standing as one of the USA's best groups, with their 1999 live album closing out that chapter in the band's history. They've been on hiatus until 2011's To Shatter All Accord, but Cyclops Records — no doubt wanting to capitalize on the band's return to active duty — have obtained the rights to a huge pile of old live recordings and the result is this two-disk set, taken from appearances at ProgDays '95 and '98, Orion Sound Studio (1996 and 1997), and a couple Michigan clubs: Lili's 21 (1996) and Magic Bag (1997). The performances are uniformly excellent with Parmenter and guitar player Jon Preston Bouda stealing the majority of the spotlight, though honorable mention goes to drummer Paul Dzendzel for tearing into his kit on an exhausting rendition of "When the Walls Are Down." The Orion performances are the best in terms of recording quality, while the club gigs reveal the limitations bands often have to deal with when playing small venues. For those who already own the Discipline Live disk you may be wondering why you need this, especially considering that every song on that release can also be found here. The answer comes both in terms of the power of these performances, plus the appearance of several unreleased songs including the excellent "Mickey Mouse Man" and "Wrists." Discipline are one of those bands that are best experienced in a live setting, so until you get your chance this will be the next best thing. Highly recommended.