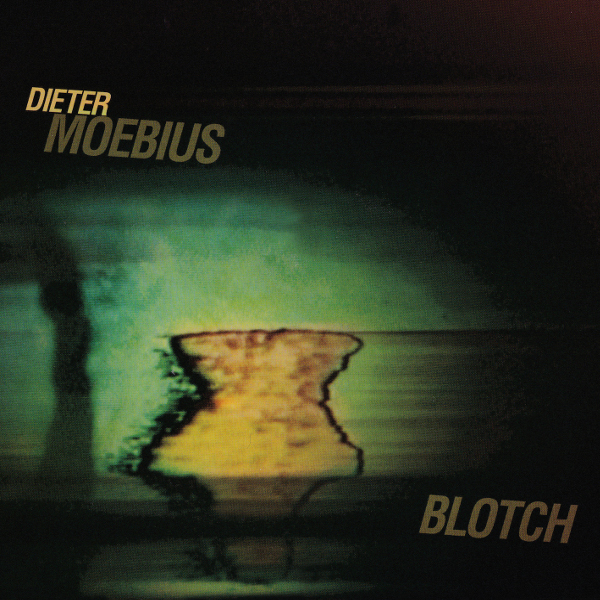 After Moebius’ passing in 2015, Bureau B started reissuing his final four solo albums. The first in this series is Blotch, curiously named after a dab of paint. Moebius had a long musical career, but most of his output was either as Kluster / Cluster or collaborations with other artists. His first solo album was Tonspuren (1983) and his second, 16 years later, was Blotch. Blotch was a dramatic change from the more tune-oriented Tonspuren, which is not surprising given the length of time between the two. Blotch marked a turning point in Moebius’ career as well, since from this point onward until his death, Moebius focused increasingly on his solo work. The music on Blotch is loop-based, explores experimental sonic textures, and quite frequently rhythmic tending to hypnotize the listener. Each of the eight tracks is different, some evoking pulsating heavy machinery: “The Tracker” and “Im Raum.” There are a couple of surprises as well. The ten minute “Kohlzug” is essentially a backing track for a jazz saxophone improvisation. The initially random sounding sax notes intertwine with the electronics and are eventually multi-tracked providing simultaneous bass and treble notes. Another surprise is “Balistory,” which was originally planned as the final track. On “Balistory” we hear a prepared piano with looped notes evoking a carousel or music box and then a muffled piano miniature to close the track. For this reissue, Bureau B included the bonus track “Neues,” with drones and a looped beat, along with sonic snaps, electronic crickets, and swirling electronics. Blotch was mastered by Tim Story, who also provided the prepared piano and piano solo on “Balistory.”