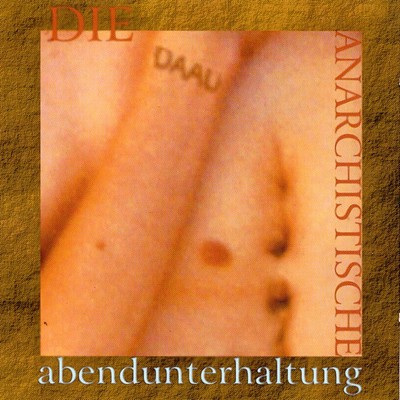 Much activity has been transpiring in Belgium as of late. First there was Univers Zero, Julverne and Present. There followed a whole slew of groups in the chamber/neo-classical/jazz-rock vein including Louise Avenue, Cro Magnon, X-Legged Sally, and many more. DAA is the latest addition. Six lengthy compositions including one traditional arrangement make up the debut release by this acoustic ensemble consisting of clarinet, violin, cello, and accordion. If this conjures up images for you of the darker gothic elements of classical meisters Art Zoyd and Univers Zero, then you'll be in for a surprise. DAA eschews that. They sound more like a string quartet with a senstivity to jazz and folk, and the kick of a rock band. Uptempo foot- stomping motifs wisk us through "II Drieslagstelsel." "IV Drieslagstelsel" lurks in a more powerful gloomy atmosphere; and it's here where this particular set of instrumental colors serves them appropriately. I would love to hear them approach this kind of material more. But they tend to shy away from it, almost as if to resist stepping on Art Zoyd's toes. The other pieces find them in a rough-and-tumble mood replete with bluesy harmonies, and riff-laden improvisation that belies the nature of the acoustic (and drummerless) instrumentation. Finally, on "Doorlap" they tone the festivities down to the strains of some Celtic folk music. The Belgians really specialize in this kind of music. I'd be interested to see what they do next. File somewhere in the grey area between Cro Magnon and Julverne.