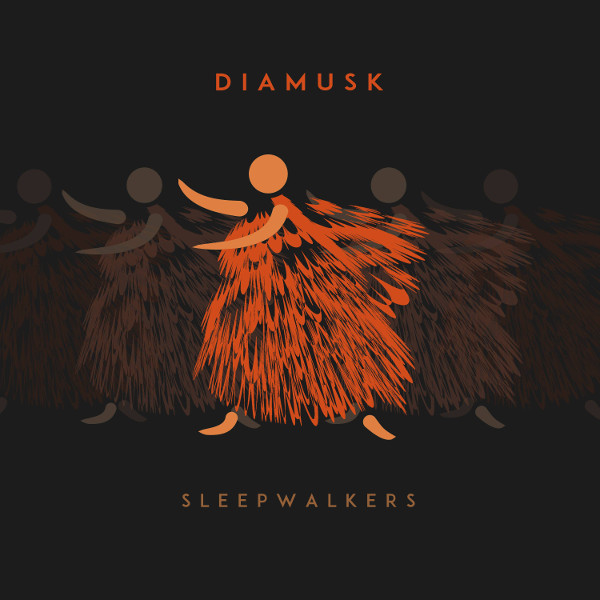 Adisa Zvekić a.k.a. Diamusk is a Bosnian musician currently living in Norway, and Sleepwalkers is the third Diamusk album, and the eighth in her career. The music is primarily reggae and dub, something we do not normally cover, but I thought that it might be a nice change of pace. Sleepwalkers consists of ten songs recorded in studios all over Europe and features different guest musicians, unknown to me and probably our readership as well, on each song. The guests include Nils Petter Molvær (trumpet) and Bjørn Blomberg (flute) from Norway, Mladen Marjanovic (guitar) from the Serbian band Play, Elektro Hafiz and seventeen-year-old Dino Mangafic (saz and guitar) from Germany, Trajče Velkov (trumpet / tube) and Kiril Kuzmanov (saxophone) from Macedonia, Kenan Glavinić (accordion), Đani Pervan (banjo) from the band Letu štuke and Adela Pervan (violin) from Bosnia. The music is fun, but is at least one step removed from the edgy music from Jamaica. Adisa combines reggae and dub with elements of jazz, psych, prog, and pop music. And her vocals have a bit of resemblance to Sia. There is a variety of different takes on reggae throughout the disc. However, it wasn’t until the eighth track “Synergy” that my ears perked up. Here Adisa combines organ, dub beats, and mid-Eastern themes to create a pretty cool and engaging song. And I found the other interesting song to be the album closer “Recall” with its banjo, organ, reggae beat, and vocal harmonies. So if you want some music to clear the cobwebs out of your head, check out Sleepwalkers.