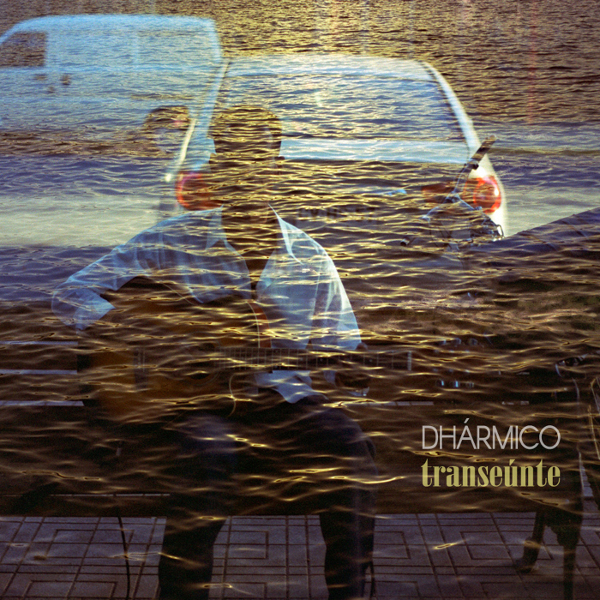 This Chilean band has an interesting take on space rock, infusing it with some of the sweeping scope of post-rock. Dhármico has been around for a few years now, and Transeúnte is their second full-length album, the first I’ve had the opportunity to hear. The five-piece band features Katherine Acevedo (vocals, effects), Rodrigo Contreras (guitar, synthesizers), Sergio Contreras (bass), Cristóbal Gaete (guitar), Diego Muñoz (keyboards), and Fernando Salazar (drums). The bulk of the music is instrumental, though Acevedo’s contributions shouldn’t be dismissed as secondary — even though her singing is rarely up-front in the mix, she provides crucial atmosphere with her clear tones and electronic manipulations. There are also moments of spoken words which, given my limited Spanish, function as a kind of non-specific human element in the music. There’s a nice balance between the guitars, keyboards, and synths, which provide both melodic and chordal material as well as elements of randomness. Several tracks feature sequencing, though more in a supporting role than fundamental, and there a lots of swooping and burbling noises used to add depth to the arrangements. Odd meters also show up, though not in an overly technical way — this band is more about feel than precision. Found sounds and field recordings occasionally play a part, further diversifying the sound. Fans of space rock looking for quality music that doesn’t just follow the established rules would do well to check out Dhármico.