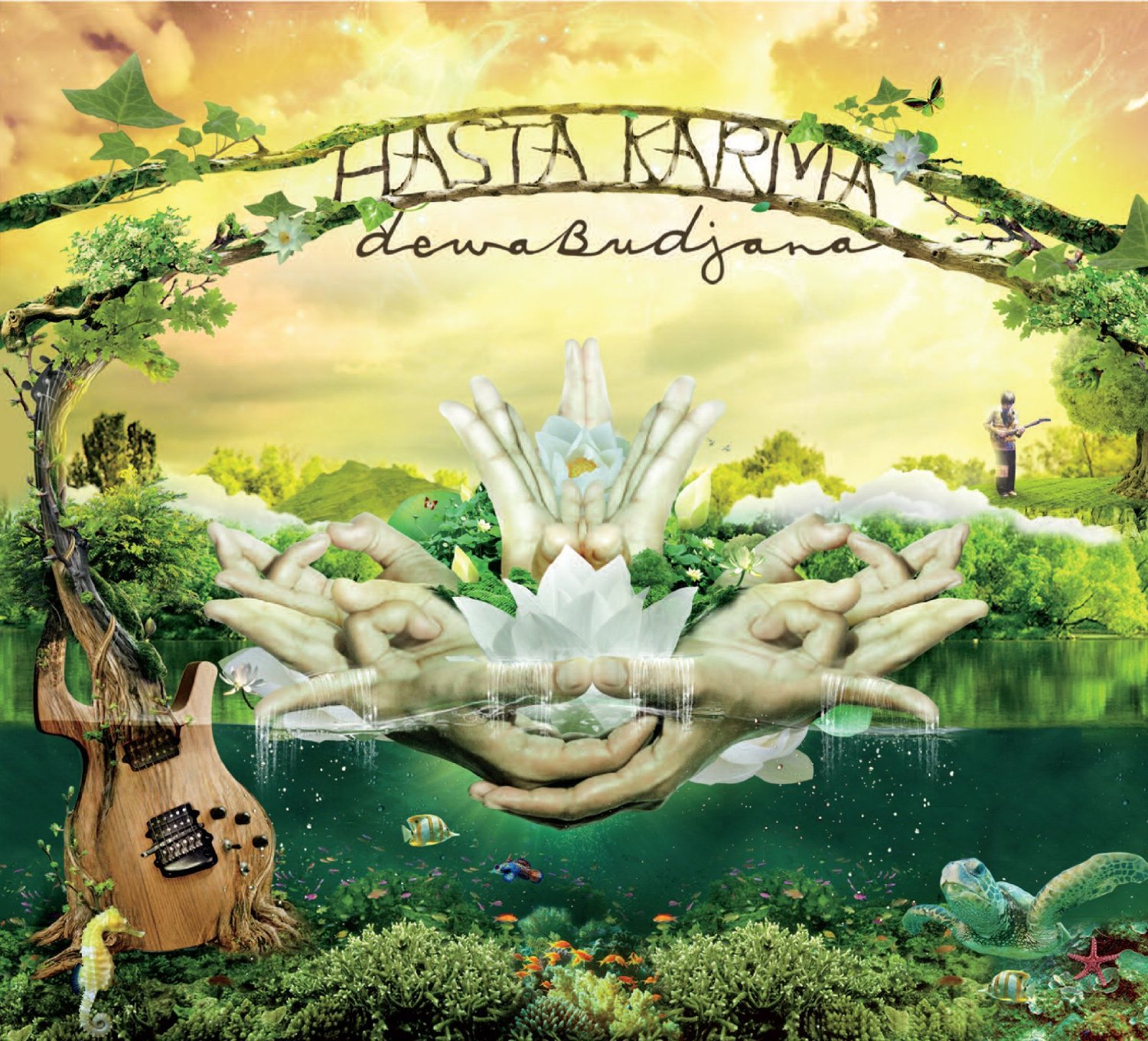 This is guitarist Budjana’s fourth Moonjune label release, each one more impressive than its predecessor. This release follows Moonjune’s standard M.O.: bring the Indonesian guitarist to America, hook him up with an outstanding group of session players, give them plenty of rehearsal time, and then send them into the studio with a top-notch engineer to bring the vision to life. What makes this effort so successful are the six impressively strong compositions that Budjana brought into the sessions with him. The session players include drummer Antonio Sanchez and bassist Ben Williams, from Pat Metheny’s Unity group, and celebrated vibraphonist Joe Locke. In addition, the well-known Indonesian keyboardist Indra Lesmana contributes piano and melodica to the last three cuts. So what can the listener expect here? The first three pieces are solidly in the jazz-rock fusion vein, and on the opener “Saniscara,” if it wasn’t the prominent vibraphone in lieu of electric piano or synths, we might be in National Health or 80s Kenso territory. Every player is brimming with invention throughout, and while I’m not sure how long they spent in rehearsals, this certainly does sound like they’ve been gigging together every night for two years. “Desember,” which follows the opener channels a bit of the Pat Metheny vibe, which might be expected with Sanchez and Williams on board, but Budjana in his playing and composition fit right into that melodic groove as well. The album’s centerpiece is the powerful twelve minute “Ruang Dialisis,” a reworking of a piece from Budjana’s first album Nusa Damai in 1997; this piece has a strong Indonesian flavor and as well as being far closer to progressive rock than fusion at times, it also features some pre-recorded Mamuit chanting (a traditional funeral song) by Budjana’s deceased grandmother – a farewell song to his father. Those are the only vocals on the album anywhere. The beautiful three-note soaring guitar figure that bends and swoops over the piece just prior to the memorable refrain is at once dark and brilliant, followed by the chanting, then a shimmering solo from Locke. This piece is definitely the high point of the set. Another lengthy piece, “Just Kidung,” follows, moving back into a more clean fusion direction with some traditional touches, before the more gentle and jazzy closer “Payogan Rain,” where Lesmana turns in some magnificent lead support on melodica, and some fluid bass soloing by Williams. Overall, Hasta Karma may well be Budjana’s strongest international showing yet.