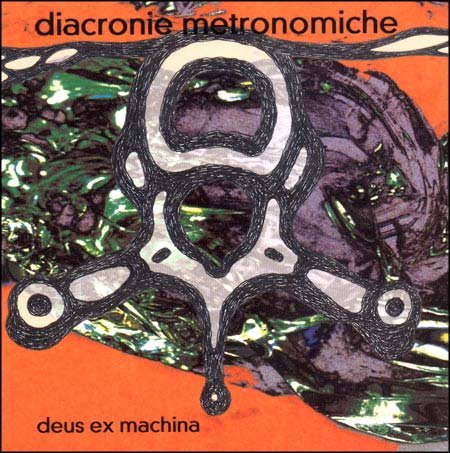 Every Deus Ex Machina listener has a preferred song that is a wish to hear performed live. Diacronie Metronomiche sheds any doubts about the band using studio overdubs to make their full sound. This is one live album played in such a frenzied and precise way, that ranks along, as far as live albums are concerned, with the best of Gentle Giant. DxM gives one hell of a strong performance, going in and out of confusion like a snap, leaving the listener still wondering what happened in the first place. This is one album that can, more than previous DxM releases, stand a lot of listenings while not revealing every detail entirely. This post-industrial "rock n roll" band, with a foot in our tormented societies and a foot stomping the frantic rhythms, brings forth its dedicated maelstrom powered equally by all instruments, but underlined strongly by the expressive voice of Alberto Piras. This is a study of the chaos between two metronome beats; where most people would hear silence, DxM finds a panacea that exorcises the void. You may not find your preferred DxM song played on this concert disc, but you will find a lot of ground covered, on its very own Daliesque trajectory. A major progressive live album of the 90s, it is simply essential listening. A must.