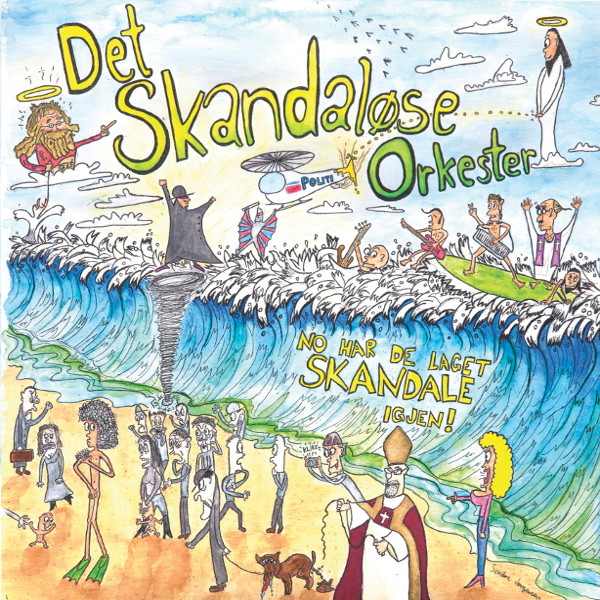 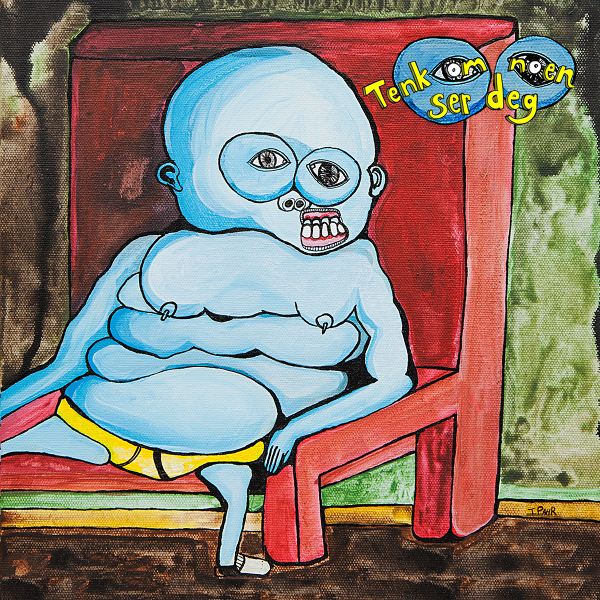 So here’s a question for you. If you didn’t understand any English, how much would you enjoy Frank Zappa’s music? (I’ll allow that for some listeners, it’s the words that are the barrier to enjoyment.) Certainly it’s true that aside from the lyrical content, Zappa always had superb musicians who were tightly rehearsed and navigated his complex and distinctive music with great energy, but if you didn’t understand the words, would the music still be appealing? Det Skandaløse Orkester, for a non-Norwegian speaker, presents a similar question. Obviously there is humor involved in their music, but with the lyrical element taken out of play, we’re left with fairly complex music full of unpredictable changes, venturing into a wide variety of styles, sometimes only for a moment. This oddness is presented by a group of musicians who are very good at what they do. The PR materials mention Zappa along with Mr Bungle, Spike Jones, Tom Waits, and more, some of which are more relevant than others. The band features a large rotating cast of performers who tackle the challenging and diverse material with spirit and ability, ranging from jazzy smoothness to jagged strangeness at the drop of a hat. If you seek consistency in style, you’ll be left wanting, but there’s a consistency in quality of performance. The core of bass, drums, keyboards, and guitars is supplemented by numerous vocalists and other instruments, and the vocals often veer towards the silly, playing the parts of characters, laughing, yelling, and perhaps using regional accents that would be recognizable to a Norwegian. The frequent use of mallet instruments serves to increase the Zappa similarity. On both of these albums, the major songs are interspersed with short vignettes, some instrumental, some with spoken parts, some with sound effects, some combining various of those. Some of the tunes have a breezy, jazzy feeling to them, though with little twists of oddness to keep things interesting. Fans of quirky music with a bit of frivolity should find much to enjoy with Det Skandaløse Orkester, provided the language barrier isn’t a deal-breaker. If I had to choose between these two albums, both of which are quite good, I’d go with No Er det Skandale Igjen!