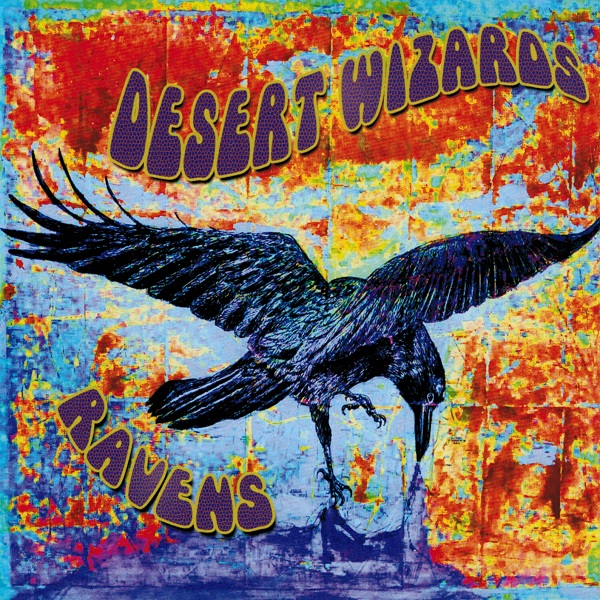 In 2007 four friends strongly influenced by 70s hard rock and psychedelic music put together Desert Wizards. They self-released an EP in 2008 and then a full-length album in 2010. Based on this release, Black Widow Records signed them and reissued their album in 2011. Now Black Widow has released their second album, Ravens. Desert Wizards are Mambo (vocals, bass, and guitar), Gito (lead guitar and backing vocals), Anna (organ and vocals), and Dallas (drums). Ravens is a mixture of hard rock, blues rock, and psychedelic rock. The disc opens with “Freedom Rider,” that begins with the Easy Rider sound bite of Jack Nicholson’s and Dennis Hopper’s rant about haircuts and freedom. This song is a heavy rock number and though it opens the disc, feels out of place with the rest of the songs. But after five minutes there is an organ solo and the song abruptly shifts into The Doors territory, adding some interest. In my humble opinion, the best tracks on this disk are the psychedelic/gothic western numbers: “Babilonya,” “Back to Blue,” “Vampire Queen,” and the excellent cover of Pink Floyd’s “Childhood’s End” from Obscured by Clouds. The other songs: “Black Bird,” “Dick Allen’s Blues,” “Electric Sunshine,” and “Burn into the Sky” are hard rock, blues, and psych songs that really didn’t resonate with me. The other song of note is “Bad Dreams” that is fairly spooky. This is a mixed bag of music, indicative of a band finding its way. There is a lot of promise of good things to come.