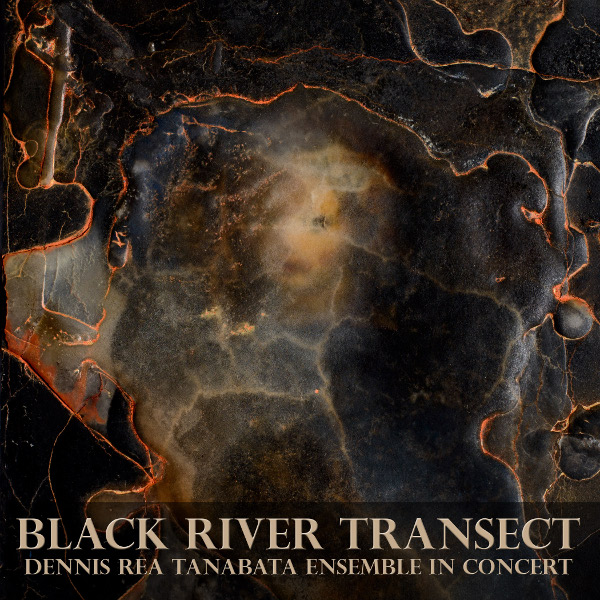 Black River Transect puts me in the awkward position as a reviewer of writing about music created by good friends. So take my words in that light, and I’ll try to describe it in objective terms so readers can make up their own minds. In some ways, this recording takes up where Views from Chicheng Precipice left off, with Dennis Rea’s unique balance of composition and improvisation presented in a setting more akin to chamber music than rock or jazz. The tracks herein were recorded direct to stereo at two concerts held at the Chapel Performance Space in Seattle in 2013. Both involved trombonist Stuart Dempster, and it is the fact that Rea and Dempster share a birthday that happens to also be the Japanese Tanabata holiday, that gives the “ensemble” its name. I put it in quotes because it’s not an established group with fixed membership but a collective of musicians convened as needed and appropriate for performances. In this case, Kate Olson (soprano sax) and John Seman (double bass) are the only commonalities; others involved include drummers Tom Zgonc and Paul Kikuchi, James DeJoie (bass clarinet), Beth Fleenor (clarinet), and trombonists Sara Mayo, Moc Escobedo, Masa Ohtake, Naomi Siegel, Steve Harreld, Jen Hinkle, Chad Kirby, Greg Powers, and Benn Hansson. The set is bookended by two versions of a lovely piece called “ASJ,” the first arranged for electric guitar, trombone, clarinet, soprano sax, bass clarinet, double bass, and drum kit; the second features the guitar and soprano sax backed by all the trombones in a beautiful arrangement by James DeJoie. The other composed piece is “Swaylone’s Island,” a lyrical little waltz with nicely interwoven parts and a soaring guitar melody. Completing the set are two longer improvisational pieces, one of which starts with Dempster’s didgeridu and long suspended notes from the rest of the ensemble, though it erupts into frantic confusion towards the end. The other is more pointillistic and harmonically limited, as each player was instructed to play only notes corresponding to the letters in their name (lots of D-E-A action). For me, one of the joys of this release is that I get to relive two amazing concerts that I attended, but certainly listeners who weren’t there can enjoy this as well. It’s a beautifully recorded document of real music captured in the moment of its creation, featuring outstanding musicians of impeccable technique and sensitivity. Well done, my friends.