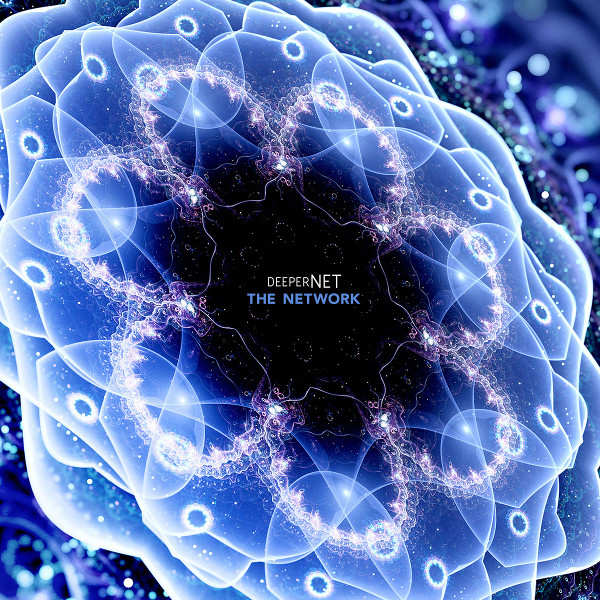 DeeperNET is the recording project of one Andrew Miles, Portland, Oregon based electronic musician, and The Network is his third release on Spotted Peccary. The eight tracks here follow a path through some varied angular and twisted techno worlds, with layers and layers of heavy beat electronica embracing the occasional flashes of melody and color threaded within the chattering electronic mayhem, morphing slowly as it goes to keep things interesting. Very occasionally there are some relaxed passages that aren’t so tightly and mechanically wound up (for example the opening part of “Hearts on Fire” or the waning minutes of some of the later cuts), but generally, in short order they give way to to the same pulsing that drives every cut, with some interesting melodic noodling, bold atmosperics and texture soundwalls that give a degree of variation to a mildly annoying ever-present driving beat. Where is the heart and soul in this kind of sound? For the most part it’s just a machine going through its paces with percussive samples (some admittedly pretty darn cool) and some sonic twists and turns added with clever synthesizer patterns intertwining. From afar, one might be vaguely reminded of some of the mid-90s work of Ozric Tentacles, but with OT we had a real drummer, bassist and an excellent guitarist to give the machinations some true musical life. With DeeperNET the results are far colder and more predictable; perhaps fans of Shpongle and similar artists will find more enjoyment here than this writer does.