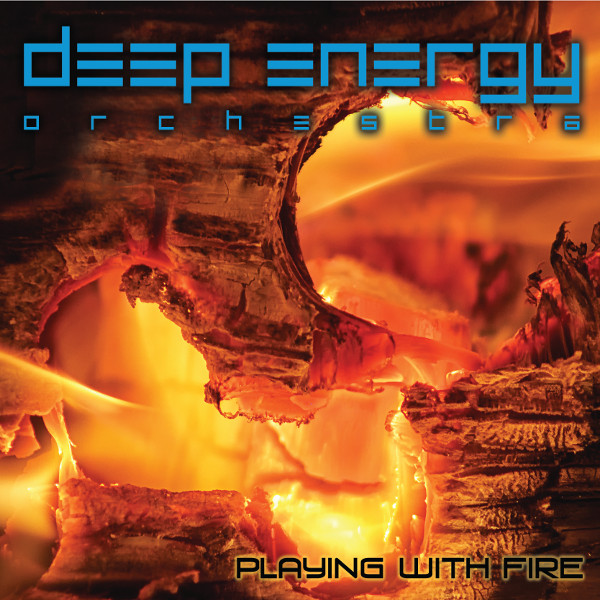 Listening to Playing with Fire, I was reminded of the great band Mawwal. This is a very similar kind of world fusion that exists on the same high plane of musicianship. The group was formed by bassist Jason Everett (“Mister E”) to combine jazz and rock with Indian music. In addition to his bass, the group features kit drums (V. Selvaganesh), tabla (Anil Prasad), electric violin (Radhika Iyer), and Warr touch guitar (Trey Gunn), along with a string section consisting of Rachel Nesvig, Aleida Gehrels, and Phil Hirschi. If the instrumentation also makes you think of things that Shankar has done, or John McLaughlin, you’re in the general area — and Selvaganesh has played in Shakti. Gunn’s presence also adds a slight King Crimson flavor to the proceedings, though not overtly — and some of his solo work has ventured near this territory as well. All of the players acquit themselves superbly, with Everett, Iyer, and Gunn all contributing stunning work. Whether they’re floating meditatively or tearing it up rhythmically, playing composed parts or improvising, everyone is spot on. The whole thing was recorded live at Jack Straw Productions in Seattle as part of an Artist in Residency program, which makes it all the more impressive. Every track is a stunner, and when the hour is done, you might well find yourself hitting the repeat button. This is an outstanding piece of work, and rewards deep listening richly. I can’t even begin to pick favorite tracks — it’s all amazing.