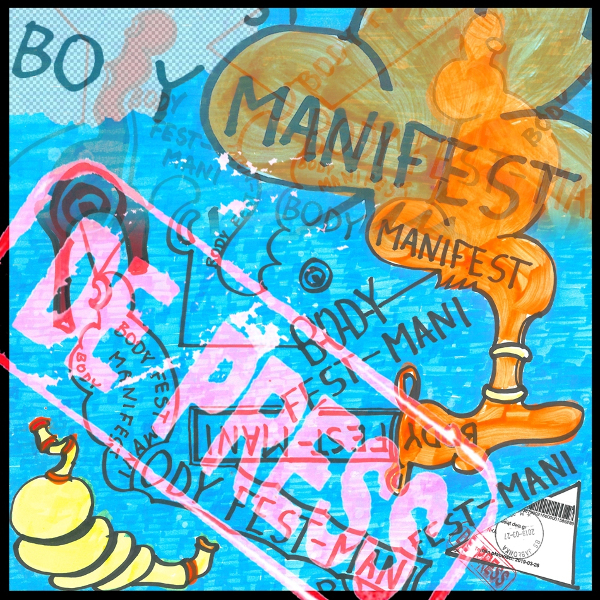 Every once in a while I am totally taken by surprise and blown away by an album sent for review. When a new album arrives I put it in my queue and don’t listen to it until I am ready to review it. Consequently, and especially over the past 12 months, it can take me months to finally listen to a new release. So I was completely taken off guard by De Press’ new album Body Manifest. I’ve been looking at its artwork for months fully expecting some kind of amateurish visceral and noisy album. More fool me. For those of you, like me, who have no idea who De Press is, they are a Norwegian / Polish band fronted by Andrej Dziubek Nebb (vocals), Helge Hovland (guitar), Atle Rakvåg (bass), and Jonas Kjærnsrød (drums), plus guest musicians Rafal Novak (accordian) and Audun Kjeldahl Berntsen (keyboards, synths, and effects). To call them New Wave rockers does them an injustice. That may be what they began as when first coming together in 1981, but today with their first new album in 13 years, they have mastered many different styles. There is not a single dull moment on this disc. There are definite influences from Joy Division, Bauhaus, and Killing Joke, as well as Talking Heads, Laibach, Voodoo Glow Skulls, Dropkick Murphys, and surprisingly Ozric Tentacles. Some of the songs are straight-ahead head bangers, while others are melodic rockers. And on “On the Plastic” they approach American rockers The Ramones and Bruce Springsteen. Probably the best track is “Skurcysyny,” a boisterous singalong drinking song that could easily get out of hand. So don’t be put off by the cover art like I was, Body Manifest is one helluva great album!