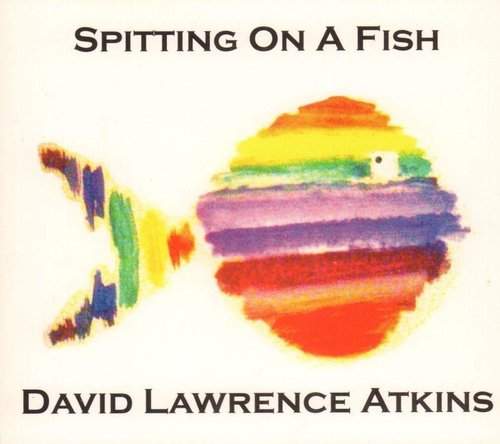 I’m not going to call this a new release, nor is it a reissue either. It’s been out there for seven years already, languishing without any real distribution, the only difference between the then-version and the current version is the cover, then attributed to David Atkins, now attributed to David Lawrence Atkins. So who exactly is this guy, anyway? One might recall a group called Bodast, in its day (circa 1969) they never released any records, but after their guitarist Steve Howe met fame and fortune as a member of Yes, their unreleased recordings were finally released in 1980 as The Bodast Tapes. Two other Bodast members, Clive Skinner and David Curtis went forward to form the band Curtiss Maldoon (Curtis adding the extra “s” and Skinner becoming Maldoon) and released their eponymous album in 1971, which pretty much sank like a rock, though both remained active in the background, and many years later Madonna recorded a song from Curtiss Maldoon adding some of her own words as the title track of her 1998 Ray of Light album. Now that we’ve gotten way off track, David Curtis(s) is now going by his real name David Lawrence Atkins, and Spitting on a Fish is his first ever solo release, all songs written by Atkins except for “Sepheryn” – the original title of “Ray of Light,” which was co-written with Maldoon all those many years ago. The twelve cuts on this album are a very interesting pan-genre mix in the singer-songwriter style sung in his low-register voice, which at times may remind a little of Randy Newman. The opening title track is an old-timey sounding tune with banjo-treated acoustic guitar, drums, and trombone providing the bass, and some backing vocals. “Oh Tonight” is a wonderful and timeless tune that might have sounded right at home on the radio in the late 19s, certainly one of the standouts of this set. “Lighten up Your Life” is a real rocker with a gritty vocal and a slight rockabilly influence. The mellow “Blue Like You” is a superb jazzy vocal piece with thoughtful lyrics and sparse arrangement that jumps out with the addition of a horn section. Everything on the album is soulful, melodic, and heart-felt, and grows on the listener more with each spin. If you’re open to a collection of great songs in many styles, Spitting on a Fish might be worthy of investigation.