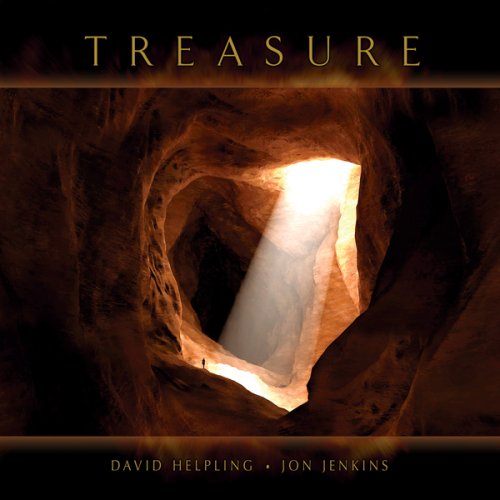 Both Helpling and Jenkins each have numerous masterful releases to their credit, so in collaboration one could expect only the best, and that’s exactly what they have delivered. The cover photo features a bright sunlit opening penetrating the depths of a giant cavern, and a tiny human figure standing at the cusp where the darkness meets the light; this, taken with the titles could well hint at a storyline that these ten compositions follow, much like a film soundtrack, but without all the boring parts. Each piece is lush and cinematic, overflowing with subtle but distinct melodies and rhythms, often in multiple layers, all immersed in a dreamlike world of soft, smooth edged production values and drenched in reverb. Credits as to who plays what are not given, but it doesn’t matter anyway, because there’s no showboating; most of what the listener hears is built by the two composers with a unified vision, with multiple layers of synthesizers, piano, percussion, and the studio itself. This is powerful music with a symphonic bent, no harsh edges or sharp angles, and while each piece is distinct, everything tends to flow together nicely. As such this might be considered good accompaniment for relaxation or background music to counterbalance stressful tasks, although it’s a little too active and busy for meditation or slumber. Recommended.