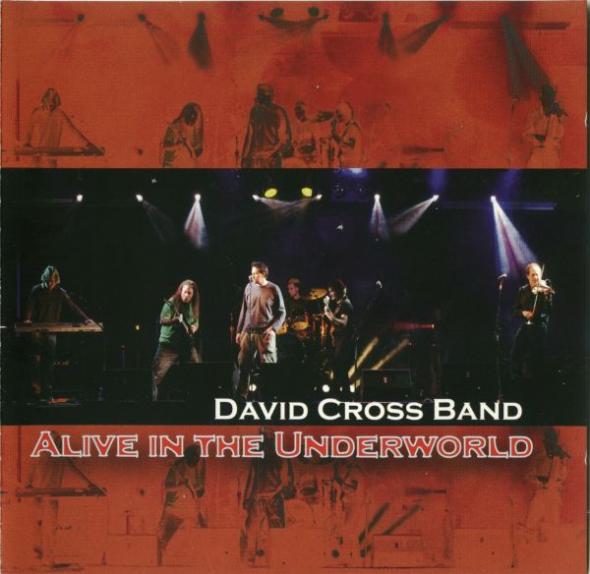 Ex-Crimson violinist David Cross has been pretty consistently refining his post-Crimson ideas for the past ten years or so. It’s no quantum leap to expect him to take his message literally to the live forefront with a capable set of metal-oriented players doing both classic material and live versions of his acclaimed studio recording Exiles. Cross and his band don’t favor the subtle side of delivery as they are pretty much balls out for the entire gig. Cross’s trademark echoey violin loop leads into the first barnstorming track, “Learning Curve,” where long time guitarist Paul Clark quickly establishes his fretboard predominance. Cross’s style has never quite had the panache of Eddie Jobson or Darryl Way (Curved Air) but in this context he doubles frenetic lead lines well, veering off at the right moment to a slyly but tasty smear. Classic Crimson comes off a bit brutal at times with the performance of “Exiles” as an over-the-top centerpiece, but still a strong song for vocalist Arch Stanton’s range; “Starless” carries a bit more power considering the important tension building mid section while “21st Century Schizoid Man” is all-out controlled mayhem. “Nurse Insane” and “Are We One” stand out as high points of the well rehearsed band’s pseudo prog metal approach that takes few prisoners. Further proof of the band’s boisterous live presence is available on YouTube and also on Cross’s website.